ICES has announced the recommendations for Baltic Sea quotas in 2021

The International Council for the Exploration of the Sea (ICES) has today announced their advice for next year’s fishing quotas in the Baltic Sea.

These include the recommendation to stop all fishing for Eastern Baltic cod and Western spring spawning herring, as was the case last year.

Eastern Baltic cod and western spring spawning herring have both been fished above sustainable levels for many years, despite significant declines in biomass. It is now recommended that the fisheries are closed. Neither population is expected to recover to the minimum biomass threshold that would allow fishing to begin again until at least 2024 and 2023 respectively.

For western Baltic cod, due to the low biomass, a quota in the range of 2,960 to 4,635 tonnes of commercial catches is applicable under the EU management plan for Baltic fish stocks. In recent years recruitment has been at record low levels with the exception of the 2016 year class. This year class comprised 91.8% of all catches in the stock (88% of the weight). This indicates that the population is extremely unbalanced.

For 2020, the western Baltic cod spawning stock biomass has been revised downward by 30% on last year’s projection, following on from a 60% downward revision the previous year. There are strong indications that the model used to predict the development of the stock has a significant bias that overestimates the predicted biomass increases and underestimates the fishing mortality levels. The ICES working group report (WGBFAS) warns in section 2.3.9 management considerations: “stronger year classes are needed to ensure continuance of a commercial fishery”.

Gulf of Riga herring is doing well. It is the only stock which has consistently been fished in line with the Baltic multiannual management plan. Sustainable fishing and successful recruitment have contributed to a healthy biomass for the stock, which in turn has allowed quotas to remain at high levels. ICES recommends an increase in the total allowable catch (TAC) for 2021. However, the biomass is expected to decline next year leading to an increased probability the quota will be reduced for 2022.

With regard to Gulf of Bothnia herring there have been issues with data collection and the stock assessment. The status of the stock is largely unknown. No reference points are available and the only data published relates to the stock’s catch history. ICES has recommended the quota to be set at the same level as last year: 65,018 tonnes.

For the central Baltic herring the picture is even less positive. It was expected that in 2020 the biomass would be approximately 750,000 tonnes; however, it is now understood to be only 450,000 tonnes. Since records began in 1974 the stock biomass is now estimated to have shrunk by 77%.

There have been long standing allegations of misreporting in the pelagic fleet, with herring caught being reported as sprat in logbooks.

The biomass reference point, known as MSYBtrigger, has now been reduced from 600,000 tonnes to 460,000 tonnes. ICES advice that the EU quota will face a drastic cut from 153,384 tonnes to between 72,319 – 97,551 tonnes in 2021. This is not unexpected; the very large 2014 year class has now largely left the fishery. In recent years the stock has been fished at or above sustainable levels.

That said, there are indications that the new year class into the fishery may be larger than any we have seen since 2014 for both central Baltic herring and sprat. A strong recruitment could provide a much needed source of food for the starving eastern Baltic cod stock.

For the sprat stock, the biomass has declined in recent years but is assessed as over MSYBtrigger and in healthy shape fishing. However, the stock has been fished above FMSY levels for over 15 years. ICES advice in table 3 of their advice sheet that fishing at FMSY will lead to a slight reduction in the TAC of 3.4%. This figure includes both the EU and the Russian quota. In addition, the ICES advice for this year has changed the FMSY point value, it is increased from 0.26 to 0.31, this is based on the understanding that a larger proportion of the stock may be caught sustainably.

As sprat and herring are often caught together in a mixed fishery it is probable that setting quotas for both of these populations at FMSY will lead to overfishing of the central Baltic herring stock.

No scientific advice has been requested by the EU for the unrestricted sandeel and stickleback fisheries.

With regard to flatfish only the plaice stocks are managed by quota. For brill, dab, turbot and flounder the fisheries are unregulated with no fishing limits in place. The fishery for plaice and flounder overlaps significantly with the eastern Baltic cod population, particularly in subdivisions 24 and 25. The ICES working group on Mixed Fisheries Advice, WGMIXFISH, will need to look more closely at these stock interactions to ensure that the flatfish fishery, in particular the demersal trawl segment, can operate in a way that minimises the impact upon the cod stock. Considering the state of the eastern cod stock, ideally no demersal trawl fishery with mixed catches should be allowed where they overlap significantly.

Managers should bear in mind the ICES advice basis for Baltic Sea recommendations in 2021 when setting quotas. “Limitations on fisheries may be required in order to achieve environmental objectives, especially regarding biodiversity, habitat integrity, and food webs.”

Taking ecosystem considerations and stock interactions into account will allow for biomass increases and higher quotas in the future. Moreover, it will help to avoid and mitigate against quota mismatches, for example between plaice and eastern Baltic cod; or, sprat and herring.

ICES advice has been converted into EU management advice. We have accounted for both stock mixing and the Russian share where necessary.

Western Baltic cod is for the range Fmsy lower – Fmsy point value, with zero catch in SD 24 and recreational catches accounted for.

Salmon recommendations are commercial landings of individual fish in terms of wanted catch.

Russian share of 1.9% and 9.3% deducted for respective salmon stocks. 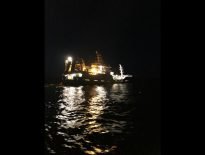