Icelandic Seamen’s Association Congress could vote to strike over wages

Wage issues will probably be the highest, as well as security issues, at the Icelandic Seamen’s Association’s congress, which will be held on Thursday and Friday.

Fishermen’s collective agreements with the Association of Companies in the Fisheries Sector have now been open for almost two years.

Valmundur Valmundsson, chairman of SSÍ, says that little is happening in wage negotiations with the Association of Companies in the Fisheries Sector (SFS). He says it is clear that a strike call will be among the things that will be discussed in the parliament and other resources will be left to enforce agreements. The timing of the strike could be linked to the capelin season ahead this winter.

The dispute between the fishermen in SSÍ and SFS was referred to a state mediator in February, and a week of September broke off negotiations. Valmundur says that by law a meeting is called in the dispute no less often than every two weeks. Recent meetings have been short, asked if anything has changed and meetings have since been adjourned. It is almost a big competition.

He says that in the last 23 months little has happened in the fishermen’s wage matters other than that their union has lost two cases against SFS before the Félagsdómur, but they were related to the interpretation of the last wage agreement. The main demands now are on pension rights and on issues that other workers have achieved through living wage agreements.

The Seamen’s Union’s congress is held every two years but was postponed for a year last autumn due to the coronavirus epidemic. The chairman of the union will be elected at the parliament and Valmundur is still alone in the election, but there is no actual deadline for candidacy among parliamentary representatives. Valmundur was elected chairman of SSÍ in December 2014 and took over the chairmanship from Sævar Gunnarsson.

Icelandic Seamen’s Association Congress could vote to strike over wages 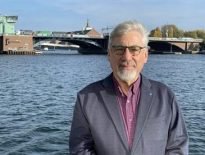 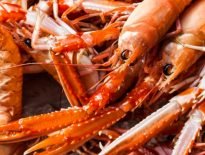