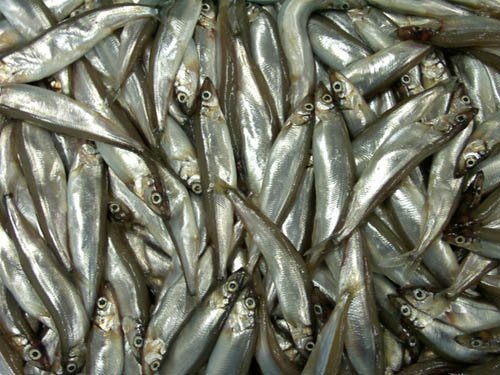 Iceland has poured a bucket of cold water over Norway’s request for more time to fish their capelin quota according to reports from Icelandic media.

According to mbl.is  the Icelandic government has rejected the Norwegian lawsuit for an extension of the time they have for capelin fishing in Icelandic waters. They will also not be allowed to increase the number of vessels currently fishing for capelin offshore.

Kristján Freyr Helgason, who chaired the Icelandic delegation at the coastal meeting of Iceland, Norway and Greenland on capelin fishing last September, says that at that meeting Norway did not put forward proposals for changes in the fishing arrangements defined in the bilateral protocol.

Later, a question about possible changes was raised both at the level of officials and then the Minister. The Icelanders’ answer is that these conditions will not be changed in the middle of the season, but it is another matter whether changes will be discussed at the next coastal state meeting.

At the moment, Norwegian boats must fish for capelin off Iceland with purse-seines, while Iceland itself and other nations with which they share the capelin quota fish for capelin with trawls.

It is also stipulated that the Norwegian fleet may have 30 vessels fishing at the same time, the fishing season is until 22 February, they may only fish for capelin and not go south of a specific line drawn from a point south of Álftafjörður. These rules were extended in 2015; ships increased by five and the time extended by a week.

Norwegian Minister of Fisheries and Maritime Affairs Bjørnar Skjæran said, “Norwegian capelin fishermen feel discriminated against in the Icelandic zone. This is something Norway has raised with Iceland several times, and it was important for me to raise it. I have had an open and pleasant conversation with my Icelandic colleague. I was clear that Icelandic vessels are not discriminated against when fishing in the Norwegian zone, and for Norway, access for more vessels in the zone and extended fishing period will contribute to a difficult situation.”

The Norwegians requested changes in the arrangements with Iceland as they will fish about 100,000 tonnes of their total quota of 145,000 tonnes by the deadline next Tuesday, 22 February.

Skjæran says he will take the initiative to raise the issue in bilateral talks with Iceland at the annual meeting of the Minister of Fisheries in the North Atlantic (NAFMC) in Reykjavík in May. “As our closest neighbours, we should be able to find good solutions,” says Bjørnar Skjæran in the news.

Kristján Freyr rightly says that Greenlanders and Faroese can use both trawls and nets for capelin fishing. This is provided for in agreements with those nations, which is not to be distributed to Norway. He also says that capelin should not be seen as an isolated incident, but that capelin management should be seen as part of a dialogue and communication on shared stocks as a whole.

It has been reported that Norwegian fishermen have asked their government to put restrictions on Icelandic vessels fishing cod in the Barents Sea if the rules on capelin fishing is not relaxed. This could lead to further tensions between the neighbouring coastal states after Iceland turned away two Norwegian pelagic boats from landing mackerel in Fáskrúðsfjörður and Eskifjörður, respectively. There have also been tensions between fishermen on both sides with the Norwegians claiming that Icelandic boats are now impinging on the countries EEZ when mackerel fishing because their mackerel is bigger and richer in oil than the fish found in Icelandic or Faroese waters. 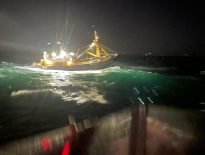 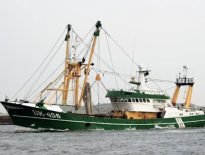