The Department of Agriculture, Food and the Marine (DAFM), the harbour authority for Howth Harbour Fishery Centre, are proposing to dredge seabed material from within the harbour to provide better water access to the fishing, leisure, and RNLI craft using the harbour.

It is proposed to reuse the material to create an area for public realm on the west side of the West Pier.

The reclaimed area would be used for public realm, water access for leisure users, car parking and hard standing areas that can be used for storage areas for existing harbour leisure users and the harbour authority. In the future, some of the area created may be converted to light industrial/ commercial use to support harbour operations. Such future use is not part of the proposed development being considered at present.

The harbour was upgraded in the 1980s when the Syncrolift, the berthage face along the west pier, the present middle pier, the internal breakwater, and the marina area were constructed.

Enhancement of water depths within the harbour area is now required to maintain safe access to the harbour during any tide state. This is necessary because of increased fishing vessel sizes, siltation, and a desire to improve the usable water area. Lack of sufficient water depths due to siltation in the vicinity of the public and RNLI slipways is resulting in restricted access to the water for the public and RNLI rescue craft at low tide.

To this end DAFM are preparing a planning application, EIAR and NIS for a proposed dredging and reclamation project at Howth Harbour FHC. While a town hall public consultation exercise would normally be undertaken to inform the preparation of a planning application with an EIAR, because of COVID restrictions, this public consultation exercise is being undertaken virtually.

The proposed development will be the subject of a planning application by the Department of Agriculture, Food and the Marine and relates to the following main elements:

Click here to view a PDF of the project.

If you would like to submit your comments or feedback, you can do so at: howthengineering@agriculture.gov.ie 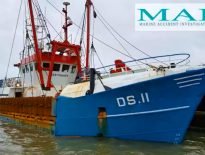 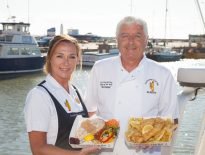