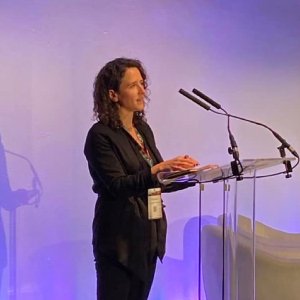 In the letter Secretary Gougeon states that she wanted to raise the issue of Russian Federation participation in international fisheries’ negotiations. She says that the duty falls to the UK as the host of the next coastal states meeting in London to seek the exclusion of Russia from any forum on fisheries negotiations.

In her letter to the UK Secretary, she writes, “I am writing to you in the context of the Russian Federation’s illegal and unprovoked attack on Ukraine. This is not only an assault on a peaceful sovereign state, this is an assault on the values and principles we hold most dear – the rule of law, democracy and freedom of the individual. I know that you will agree with me that it is incumbent on all of us to show, in word and deed, how seriously we are taking this unparalleled threat to the global order.

“As you know, officials from the Russian Federation are regular participants in multilateral discussions around future shares and allocation of key stocks, including mackerel, blue whiting and Atlanto Scandian herring. These stocks are of significant importance to Scotland, within the UK, we hold 75% of the overall mackerel quota, 93% of the blue whiting quota and 98% of the Atlanto Scandian herring quota. As you will also be aware, a series of meetings on sharing arrangements is currently planned to take place in London on the week of the 14 of March.

“It is my firm view that, regardless of wider discussions and decisions on Russian Federation participation going forward, these meetings should be postponed to allow for further reflection and deliberation. Despite the importance of these stocks to Scotland and the UK, sharing discussions should not be prioritised over more pressing international considerations. More broadly, the Scottish Government believes that we should not engage with the Russian Federation in this or any other fora (including, for example, ICES scientific meetings) until such time as Russian forces cease their attacks on Ukraine. I appreciate that this stance may have practical consequences, such as the postponement or even derailment of sharing discussions. However, to allow the Russian Federation to participate, remotely or in person, in such discussions would be an insult to our Ukrainian friends and partners. It would allow the Russian Federation to assume a veneer of legitimacy at a time when their flagrant breaches of international law have placed them beyond the pale of the rules-based global order. Moreover, it would deliver formal economic benefit to the Russian Federation in the form of a sharing arrangement for these pelagic stocks, undermining the spirit of the sanctions which both of our governments strongly support.

“As the First Minister said in her address to parliament last week, firm and decisive action is needed at this time. It is my sincere hope that we can work together in this policy area and, together with our international friends and allies, present a united front.” 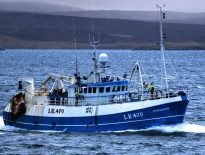 Featured News One fisherman dead as Scottish trawler capsizes of… 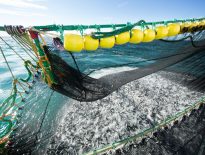 European Fishing Industry After a decade of deadlock, it’s time to see…
0