The German Government in its role as Presidency of the EU has said they are willing to re-examine-electric pulse fishing.

Speaking by invitation at the PECH Committee today, German Federal Minister of Food, Agriculture and Consumer Protection, Julia Klöckner admitted that during the German Presidency of the European Union, she would be willing to open up the debate once again even though the European Parliament voted to ban the method of fishing with a gradual phasing out while will end on the 01 June 2021.

“I am very aware that there are different views on electric-fishing, for example, the scientific opinions which differ and as we are in the Presidency we will bear this in mind given the backdrop and the context we are working in: the Netherlands, the international opinions on this and the ban on electric-fishing, the consequences for the ecosystem. We have to weigh all this evidence up,” said Klöckner.

“And I am very aware of all the controversies and I know it can be a very emotional discussion as well. Because we are not just talking about the fate of the fish. As I said, we will rely on scientific opinion for this.”

That scientific evidence could come from the ICES who published a report in mid-May this year upon request from the Dutch government. In the report, the ICES claimed that electric-pulse fishing was not harmful or damaging to fish or benthic life.

Electric-pulse fishing was banned in EU water in February 2019 after non-governmental groups such as Bloom and coastal fisheries groups from France and Belgium lobbied MEPs to stop the Netherlands from using this fishing method. They presented evidence of fish damaged by electric-pulse fishing and other studies showed damage to benthic life.

Controversially, in April it was reported that a German registered beam trawler had been fitted out with electric-pulse fishing equipment in the Dutch Port of Den Helder.

In reply to this PECH Chair, Pierre Karleskind said, “On (electric) pulse fishing, there is European legislation there. We can have a debate but in the meantime we have to apply the law.”

On offshore wind farms the German Minister said they will also follow the scientific data and believe they are a “wonderful form of energy” but “fisheries needs to be part of the negotiations.”

Julia Klöckner also said that the German Presidency could be in favour of implementing the landing obligation by means of surveillance cameras onboard fishing vessels but this was an issue they would examine further before making a final decision in November.

She said “The use of cameras can be an effective tool to look at the landing obligation, whether or not rules are being adhered to but there are considerable challenges not just for the fishermen but for the relevant authorities as well. There are some very strict rules in place along with data protection issues.”

On the issue of negotiations with Greenland she said that it was very important for EU fishing vessels to have access to their waters to fish Greenland halibut and cod, and that the German government trusted the Commission to negotiate a good deal.

On Brexit she said that the Germans were unhappy with the progress of talks but they have faith in Michel Barnier and the Commission and that the British requests in regards to Brexit are “infeasible”.

On the question of a Plan B she said that they had one in place but would not disclose what the plan is until the other negotiations are exhausted as it would undermine the negotiations being undertaken by Michel Barnier and his team. 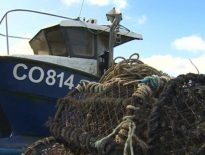 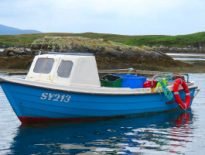