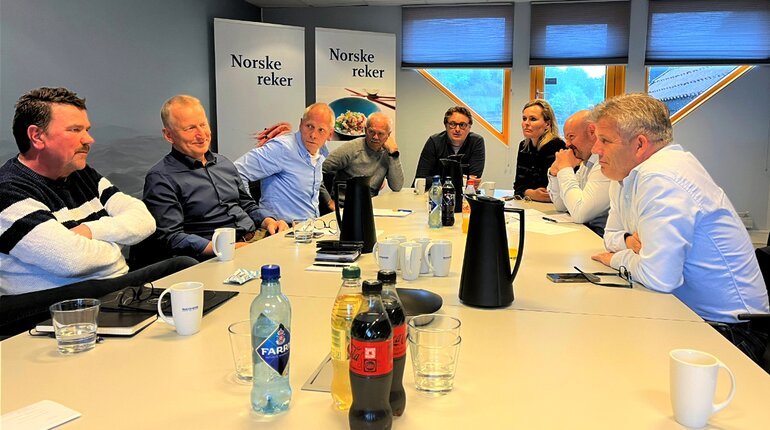 On Tuesday 24 May, Fiskarlaget met the Minister of Fisheries and Marine Affairs, Bjørnar Skjæran in Kristiansand to discuss the serious situation that is unfolding in the regional fisheries. On Wednesday, the meeting was followed up with a letter to the ministry asking for “crisis measures”.

“We received no promises but believe there is reason to expect adjustments that can help mitigate the negative effects for the industry, especially in the south,” says Norwegian Fishermen’s Association leader Kåre Heggebø after Tuesday’s meeting with the Minister.

Galloping fuel prices and the special Norwegian CO2 tax have already led to bankruptcies and periods with rural areas, especially for the shrimp fleet in the south. Simultaneously with these challenges, the arrangement of the associated compensation scheme for the CO2 tax has meant that fishermen have to wait up to a year and a half for reimbursement from the day they bunker.

“This has created operational challenges which, in the worst case, can have detrimental effects on the further development of the industry in the south. We pointed this out in the meeting,” says leader of Fiskerlaget Sør, Lennart Danielsen.

He praises the Minister for an open dialogue, at the same time as he is aware that immediate and effective political action is now absolutely necessary.

“We do not have the same conditions as our foreign colleagues. They receive both fuel compensation and other support which means that competition is completely out of balance. The CO2 tax must be fully compensated, at least for the fisheries in the south. The compensation scheme must also be adjusted so that liquidity in the industry can be better,” says Danielsen.

In the meeting, the Norwegian Fishermen’s Association presented a broad list of concerns, which the shrimp fishermen in the south in particular are highlighted.

It was pointed out that the fishing industry in the south operates mixed fisheries in a joint administration with Denmark and Sweden. The industry has a low operating margin compared to other fisheries.

On Wednesday 25 May, Fiskarlaget will followed-up yesterday’s meeting with a letter to two ministries.

They repeated that the special Norwegian CO2 tax for the fishing fleet has proven not to work as intended. The tax has to a small extent contributed to reducing greenhouse gas emissions. Instead, it has drained the industry of capital, and thus reduced the industry’s ability to make climate investments when there are real opportunities for this.

They also point out that several shipping companies are in acute danger of going bankrupt and emphasised that society is experiencing reduced deliveries, lower value creation and reduced access to healthy and climate-friendly seafood.

Therefore, they now go from asking for immediate action to discussing the situation to being in need of crisis measures, and also come up with several concrete proposals for follow-up:

“When jobs and infrastructure are now being lost, it will be very demanding to return to the same level as today, if at all possible. The situation is deteriorating day by day. Against this background, we therefore state with astonishment and despair that none of the Fishermen’s Association’s proposals for immediate measures were followed up in the Government’s proposal for a revised national budget.

The fishing association therefore strongly urges the government to:

– Introduce the previous scheme for full ongoing compensation of the CO2 tax, through the Guarantee Fund for fishermen. This is most urgent for the vessel group «coastal shrimp fleet».

– Increase the allocations to the compensation scheme, so that full reimbursement will be given for 2021, 2022 and the coming years.

– Enter into a dialogue with the industry about the introduction of a restructuring fund, to support the fishing fleet’s future transition to low-emission technology. 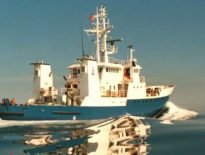 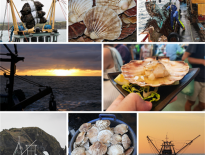