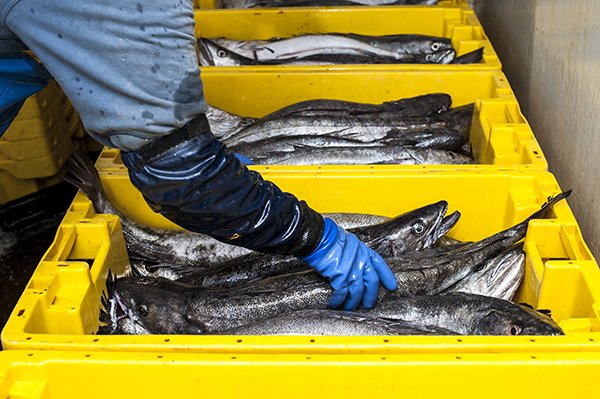 The NFFO has said that it is important that the fishing industry to fight its corner to ensure their contribution as primary food producers. Photo: Tony Fitzsimmons

The NFFO has said that it is important that the fishng industry to fight its corner to ensure their contribution as primary food producers.

The resistance of the Ukrainian people to Russian invasion will go down in history as a beacon of courage, unity, and human values against authoritarian dictatorship.

At home we have a duty to support that resistance and provide security and succour for those displaced by the conflict.

The Ukrainian conflict will also come to be seen by history as a major political and economic turning point. The fishing industry will not be exempt from those changes. “Inflection point”, “game changer”, and “paradigm shift”, are some of the terms already in use in government circles to describe the momentous period of change that we are facing.

A driving and urgent need to reduce dependency on hostile and potentially hostile countries for our energy and food supplies has rocketed to the top of political agendas in the UK, Europe and across the world. A complete re-evaluation of where our interests lie is under way and that is likely to have profound implications for the fishing industry.

The most immediate issue is undoubtedly the cost of fuel, which remains volatile but last week came perilously close to the break-even point when it becomes no longer economically viable for some classes of vessel to go to sea to catch fish. As energy markets adjust to the new geopolitical realities, the supply chain cannot function without raw material and primary producers, the focus is on how to provide the support that the fleets need to maintain continuity of supply. Repurposing some of the existing funds allocated to fishing to support continuity of food supply whilst the energy markets adjust seems like the most likely route to immediate relief. This could be done much faster than making an entirely new case for support to the Treasury. Talks with government are already under way.

The expansion of offshore wind, already moving at breakneck speed because of the climate emergency, is almost certainly to be accelerated by removing planning obstacles and providing incentives of one kind or another. This has profound potential consequences for where we will be able to fish in the future. The NFFO and its constituent organisations is already in discussion with the government, Crown Estate and individual offshore developers on prioritisation, the siting and design of next generation windfarms and their export cable routes. The importance of safeguarding priority fishing grounds is under urgent discussion.

The NFU has already indicated that making up the shortfall of reduced supplies of wheat, sunflower oil, and other agricultural products from Ukraine will require a re-evaluation of agricultural and land use policies. It will be important that the role of fish and shellfish in contributing to national and global food security is recognised as these policy adjustments take place.

It is not expected that domestic supply can completely fill the gap left if imports of whitefish from Russia are closed down, but it will be important to do what can be done. There are

opportunities, for example, to focus attention on the many under-utilised species that make good eating but are not marketed to optimum effect.

Ukraine has been an important market for some pelagic species and repercussions of war and population displacement will have both economic and political consequences.

All this underlines that the importance of fish and fisheries products to food security is given due weight as policies are re-evaluated and policy adjustments made.

The new priority given to unity in the face of aggression will remove earlier policy fault-lines and potentially create new ones. We need to be alert to the rapidly changing policy landscape.

Within a few weeks, the world has been forced into a radical rethink of the assumptions that have underpinned defence, energy and food supply policies for decades. These changes will impact on the fishing industry, and it is important that we fight our corner to ensure that the contribution of fishers as primary producers – on which the whole edifice of food production depends – is recognised and understood. Even within, or even because of the fog of war, a coordinated and coherent approach to the new imperatives of energy and food security is required. It is essential that the voice of the fishing industry is heard within this period of fundamental policy reorientation. 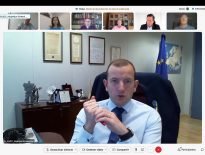 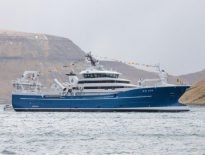