Fishing for Data Project- why should fishermen collect environmental data? 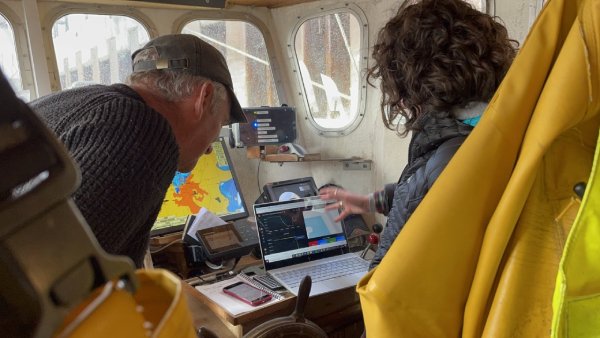 Fishing for Data in Orkney

SafetyNet Technologies and Heriot Watt University (HWU) are collaborating on the ‘Fishing for Data’ project, funded by Cisco Systems.

The project aims to create underwater weather reports, to help fishermen better understand the underwater environment and how it affects their catch.

The Orkney Fisheries Association (OFA) and the Orkney based fishing vessels FV Alison Marine and FV ‘Queline‘ are also participating in this project.

The Fishing for Data Project

There is a lack of environmental data being collected for inshore fisheries, which is mostly due to limited funding. However, it is crucial to collect environmental data because it is used in stock assessments. Despite this, there is still a shortage. As a result, fishermen and fisheries scientists don’t have a detailed understanding of how the marine environment affects fish stocks.

Automating data collection would make it easier and cheaper to collect. At SafetyNet Technologies, we’re designing Enki, an ocean sensor to do just that. Enki attaches to fishing gear and passively collects temperature, salinity, depth, and turbidity data during fishing every fishing trip.

As part of the ‘Fishing for Data’ project, two Orkney based creel boats have each been given an Enki sensor system to trial. The aim of this trial is to test the sensor system and gather data which will be later analysed by HWU. Starting in August 2022, The FV Alison Marie and FV Queline will be deploying Enki in their creels for three months. The data they collect belongs to them to enhance understanding of their fishery.

The OFA are a trade body representing the interest of Orkney’s fishing fleet. Part of their mission is to work with fishermen, scientists, and other organisations to improve knowledge of Orkney’s marine environment and the species within it. They have also facilitated the relationship between the two fishing vessels and other partners in the Fishing for Data project.

Why should fishermen collect data?

Make more informed decisions on where to fish

Sea and Drew attaching the ENKI in a creel

Sean, Skipper of FV Queline, told us at SafetyNet Technologies, “I want to understand how environmental parameters affect my catch and exactly what ranges each species thrives in”. He explained that the catch varies a lot around Orkney during the summer when the water is warmer, as this is when crabs moult their old shells. Sean estimated that during this time, he returns up to 90% of his catch to the sea. However, Sean also reported pockets around the islands that maintain high levels of catch as the crabs here haven’t yet moulted. He wants to use Enki to find out what is driving this variation. Specifically, he wants to know what influence temperature has.

Understanding the physical characteristics of the marine environment can help fishermen like Sean fish more economically. By knowing which temperatures will cause poor catch, fishermen can avoid laying creels in those areas. This will save both time, effort, and fuel as they wouldn’t be travelling to areas with poor catch.

Climate change is rapidly altering the oceans. The effect of climate change is especially obvious in the shifting distributions of important commercial species. For example, the northward movement of North Sea Cod is one of the most documented changes. Shifting migration patterns and seasonal timings undermine years of local knowledge.

In Orkney, fishermen report that the migration of Brown Crab is happening later and later each year. Fishermen and fisheries scientists think that increasing temperatures are causing this change. However, they don’t have the numerical evidence to support their observations. Data collected will help fishermen and scientists know what factors are influencing the Brown Crab migration.

The ‘Fishing for Data’ project aims to measure the environmental factors affecting the movement and distribution of shellfish in Orkney. As a result, data will support fishermen’s intuitive knowledge of their fishery.

Fishermen have the potential to collect data on never-before-seen scales. Their fishing boats are in the sea almost every day and travel large distances. Historically, fisheries data has been expensive and difficult to collect. Consequently, environmental data is not collected regularly enough.

In Orkney, Brown Crab, Velvet Crab and European Lobster are important species for the fishing industry. However, there has been no government led stock assessment of these species in the last four years. This is because shellfish and inshore catch are not quota species; instead, the drive for fisheries data is coming from the fishermen themselves.

What data does Enki collect?

The ENKI positioned in the creel

Four different types of environmental ocean data are collected: temperature, salinity, depth, and turbidity. These factors will make up the underwater weather report and are important for understanding the characteristics of seawater and fish distributions.

The Enki sensor system is made up of three parts. The first is the sensor ‘node’ that is attached to the fishing gear. The node passively collects data whilst the fishing gear is in use.

After hauling, the data collected by Enki is transferred to the ‘hub’. This makes up the second part of the sensor system. The ‘hub’ connects Enki to the internet so the data can be sent to the cloud and displayed on a dashboard. The dashboard forms the third part of the system. It displays Enki data in a clear and easy to read format.

Temperature, salinity, depth, and turbidity data contribute to the foundations of fisheries models which are used to assess the status of fisheries. Furthermore, different forms of management are tested on these models to estimate how they may affect fish stocks. Therefore, an increase in environmental data can help future-proof fisheries by facilitating more representative stock assessments and effective fisheries management.

Fishing for Data Project- why should fishermen collect environmental data? 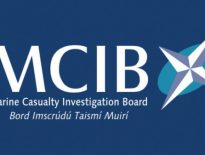 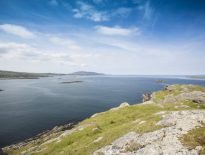