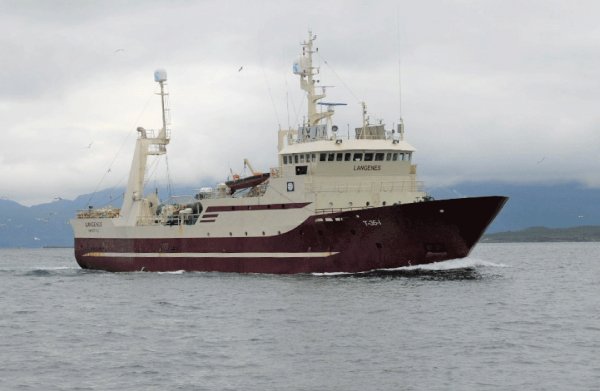 The fisherman missing from a Norwegian freezer-trawler ‘Langenes’ in the Barents Sea on Tuesday evening has been named as Jo Aron Rogne. Photo: Fiskebat

The fisherman who went missing from a Norwegian freezer-trawler in the Barents Sea on Tuesday evening has been named as 26-year-old Jo Aron Rogne from Longva in Møre og Romsdal, Norway.

Authorities believe the man fell overboard from the 56-metre Ålesund-based freezer-trawler ‘Langenes’ which was located in the Barents Sea between north of Bjørnøya on Tuesday evening, 15 November, when the alarm was raised.

Rescue operations were commenced immediately when the North Norwegian Central Rescue Service was alerted to the incident at yesterday at 1953hrs (6.30pm GMT). The search involved the Norwegian Coast Guard vessel KV Barentshav, which coordinated the sea search with 12 fishing vessels. Rescue helicopters from Svalbard and SAR Queen from Banak searched from the air.

The official search for the missing man ended unsuccessfully on Wednesday afternoon at 1400hrs Norwegian time (1.00pm GMT) due to the forecast giving that weather conditions are set to deteriorate in the area. Mr Rogne is now classified as missing presumed dead by Norwegian authorities.

“We have had the worst outcome imaginable on this tragic event,” says CEO of the fishing boat company Bluewild, Tore Roaldsnes. He extended all condolences to the relatives and crew, who are now in a very demanding situation. He also extended a thank you to the many who contributed to the search.

Addressing the incident Bluewild say. “It was Tuesday evening the shipping company received a message from the skipper on M/Tr. Langenes that a crew member was missing. The trawler with a crew of 20, was in the Barentshavet (Barents Sea), north of Bjørnøya. The company deployed crisis staff and relatives were notified, at the same time as the main rescue centre carried out a comprehensive search and rescue operation.

“All focus has been linked to assisting the search and rescue operation. Now the focus is on taking care of relatives and crew as best possible. When it comes to the investigation of the incident, this is a work that the police and the Hazardous Emergency Commission will lead and account for.” 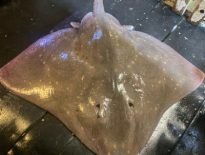 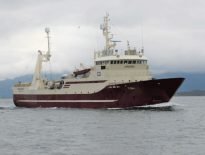