Norwegian Herring and Mackerel export growth has been reported during the month of April increasing revenue to the industry against the odds of the COVID-19 crisis.

Norges Sildesalgslag has reported that 17,200 tonnes of herring were exported at a value of NOK 265 million (€23.9m) in April which is a 56 percent increase in volume.

“There has been an increase in the export of herring to Germany, Poland and Belarus. Prices have been relatively stable measured in euros. The fact that herring is often sold as long-lasting products has helped increase demand in recent months,” says chief analyst Frank Isaksen of the Norwegian Seafood Council.

“Among other things, there has been an increase in export volumes to Japan, South Korea and China. Measured in Japanese yen and US dollars, prices are down slightly from last year, but measured in Norwegian kroner so far this year is higher than last year. There has also been a significant increase in exports to Egypt and Nigeria. These are mackerel traded at a slightly lower price. A large part of the growth in export volume is due to increased landings in Norway from foreign vessels,” says chief analyst Frank Isaksen of the Norwegian Seafood Council. 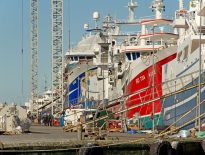 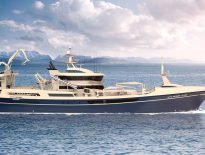