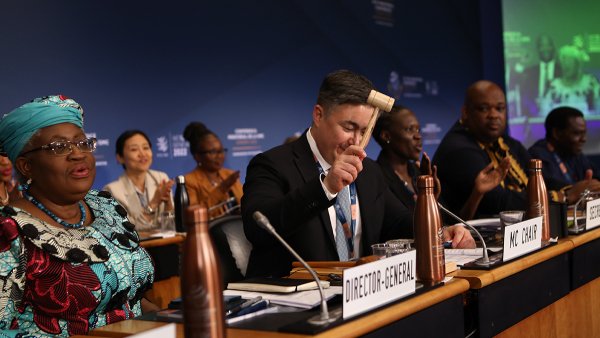 Despite India’s blocking pressures, which threatened to derail the multilateral agreement, WTO managed to sign a historic treaty to curb harmful fisheries subsidies.

Europêche welcomes the introduction of fishing disciplines globally, similarly to what was done in the EU in the early 2000’s. The sector appreciates the decision of WTO not to extend the scope of the disciplines to cover non-specific fuel subsidies. However, the fleet considers the section that refers to fishing in the high seas to be very negative, since it is going to cause seriously harm in part of the EU long-distance fleet that operates in the Southwest Atlantic.

The sector notes with relief that the text adopted does not extend the scope of the disciplines to cover non-specific fuel subsidies, including fuel tax relief schemes. Europêche appreciates the fundamental
role played by the European Commission in defending these essential measures for the EU fleet.

Daniel Voces, managing director of Europêche, declared: “In light of the geopolitical context created by the Russian invasion of Ukraine and the global energy crisis we are suffering, this wasn’t the right
moment to discuss this matter. The taxation of fuel for fishing would have created an unprecedented large-scale bankruptcy for many fishing companies, since they all depend on fuel and currently there
is a lack of technological alternatives. We remind that fuel tax relief schemes cannot be considered as subsidies and, in the case of the EU, have not contributed to overcapacity nor overfishing, quite the
opposite.”

The text includes a prohibition of subsidies contributing to illegal, unregulated and unreported (IUU) fishing with first-time transparency provisions. These are highly welcomed by the EU sector.  Europêche nevertheless notes that these provisions are not as ambitious as the funding rules in the EU but will certainly contribute to have an international level playing field and prevent granting funding to law offenders (as it is already the case in the EU).

WTO adopted disciplines relating to subsidies for fishing activities targeting an overfished stock, which will only be allowed if measures are implemented to rebuild the stock to a biologically sustainable level. This certainly fits in with the EU’s sector philosophy.

However, it’s not all good news. WTO adopted an absolute prohibition of subsidies for fishing vessels operating in the high seas not regulated by international fisheries management organisations (RFMOs). According to Europêche, this provision will have a negative impact on a relevant part of the EU distant-water fleet operating in the Southwest Atlantic Ocean, whose activities are extremely well regulated and monitored by EU authorities.

“This is an area where an RFMO could not be set up due to a political dispute over the territorial jurisdiction of the waters. Nonetheless, the EU fleet and its flag
States have done their homework mapping and closing fishing grounds where needed and following resolutions of United Nations to protect vulnerable ecosystems. The EU has even adopted a dedicated law to manage fishing in this type of areas. These efforts have not been recognized. We regret that WTO has not granted the possibility to maintain subsidies where sustainable management measures
are in place, similar to the case of overfished stocks. The EU fleet will pay for the inability of foreign countries to set up an RFMO and for the sins of Asian vessels operating in the same area with little control from their governments,” Mr Voces concluded.

The agreement will enter into force when two-thirds of the WTO membership complete their domestic
ratification process. 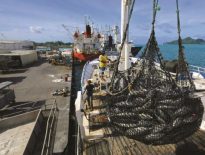 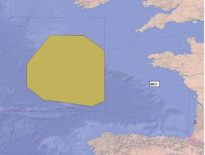