The European Parliament has approved ammendments to ICCAT

The European Parliament has approved, on behalf of the EU, of the Protocol to amend the International Convention for the Conservation of Atlantic Tunas (ICCAT).

The legislative resolution was adopted with 667 votes in favour, 2 against and 13 abstentions.

The package of amendments to the ICCAT Convention modernises its text and extends its scope to manage oceanic, pelagic, and highly migratory species of sharks and rays.

In order to improve its effectiveness and strengthen the conservation and management of species under its jurisdiction, ICCAT Members agreed on the need to amend the Convention. On 13 May 2013, the Council authorised the Commission to negotiate, on behalf of the European Union, amendments to the Convention.

Amendment to the Convention

After almost seven years of negotiations, ICCAT parties approved the package of amendments to the ICCAT Convention thereby modernising the text of the ICCAT Convention. These amendments bring the Convention in line with those of other regional fisheries management organizations (RFMOs) around the world. Amongst other things, these eagerly anticipated amendments will substantially improve ICCAT’s ability to manage targeted shark fisheries and will modernise the ICCAT Commission’s working methods and decision-making procedures in order to strengthen and modernise the organisation and make it more effective and ready to meet current and future challenges. The proposed amendments fully respect the mandate received from the Council and are in line with the Common Fisheries Policy, in particular its external dimension.

The most important change concerning stock management is the broadening of the scope of the Convention as regards to shark conservation and management. For example, Article V of the Convention now hands the Commission responsibility for studies on tuna, tuna-like fishes and elasmobranch populations (oceanic, pelagic and highly migratory species; “ICCAT species”). These responsibilities also extend to other species caught while fishing for ICCAT species in the Convention area (as long as they are in accordance with agreements by other RFMOs or fishery management arrangements where competencies overlap).

This refers in particular to the entry into force provisions, the objection procedure for ICCAT Recommendations and the voting rules and quorum in the ICCAT Commission, meaning simple majority requirements in situations where consensus cannot be achieved.

As per the new rules, if a consensus cannot be achieved, a two-thirds majority of the Members of the Commission present shall make decisions. This should lend more flexibility to the decision-making process and avoid blocking recommendations on important issues such as resource management and control, monitoring and surveillance activities. Furthermore, the proposed reduction from six to four months (after notification to ICCAT Members) in the period of entry into force of ICCAT Recommendations is intended to ensure a more rapid implementation of the decisions taken by ICCAT. This is particularly important in situations where urgent action is needed.

However, it was decided that a recommendation could never become effective in less than three months. Moreover, the Commission clarified the objection procedure for recommendations adopted by the Commission. Regarding this issue, it is important to stress that, in any case, the effect of these objections will no longer be to delay the entry into force of the Recommendation for all Members as is currently the case.

Indeed, the period set for presenting an objection to a Recommendation is maximum four months after the date of notification and never less than 3 months. Decisions are taken, by a minimum two-thirds majority of Members present. A Recommendation will not become effective for any Member if a simple majority of Members has raised objections within the set period. It is also important to highlight that, in any event, a Recommendation will only ever become effective for those Members that did not object to it. This is a fundamental safeguard to ensure that Members are not bound by decisions to which they do not consent.

Another amendment outlined a new mechanism for settling disputes through ICCAT. Under the new rules, entering into a dispute settlement system through ICCAT is voluntary but the decision taken by the arbitral tribunal is final and binding on the parties involved.

Last but not least, the proposed amendments made ICCAT decision-making and procedures more transparent and this will support the work of all stakeholders, including the fishing sector. Representatives from the fishing sector and from non-governmental organisations will be able to continue to attend ICCAT’s regular meetings and the meetings of its subsidiary bodies.

Regulation (EU) No 1380/2013 of the European Parliament and of the Council mandates that the Union is to ensure that fishing and aquaculture activities are sustainable in the long-term and are managed in a way that is consistent with the objectives of achieving economic, social and employment benefits, and of contributing to the availability of food supplies. Additionally, this Regulation stipulates the application of those objectives and principles in the Union’s conduct of its external fisheries relations. For these reasons, your rapporteur considers that the Convention amendments are necessary to ensure the sustainable management of marine biological resources managed by ICCAT, as well as of species caught in the context of fishing activities targeting ICCAT species. Indeed, the rationale of the proposed amendments to the Convention is to broaden its scope by explicitly including sharks and rays and thus providing ICCAT with a comprehensive legal basis as regards their protection. These amendments are also essential to enhancing the effectiveness of RFMOs. The Protocol proposed above is fully in line with these aims. 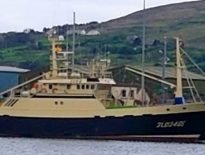 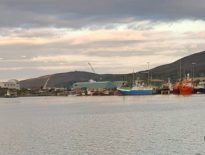