The European Union Committee on Fisheries has appointed a new chairperson

“Over-regulation” is a problem for the fishing industry say the European Parliament Committee on Fisheries (PECH) new chairperson, Pierre Karleskind.

That was the message from the new chair who replaced former incumbent, Englishman Chris Davies.

Mr Davies was a well-respected member of the European Parliament Committee on Fisheries and his departure would leave a void that needed to be filled by someone of equal integrity. His tenure as chair was cut short due to to the British departure from the European Union after Brexit  on the 31st of January last.

The European fishing fleet faces many new challenges in the wake of Brexit. Currently, negotiations are underway an effort to find a solution that would allow EU boats access to UK fishing waters.

It is also a time I’m that global warming has caused a great change in the oceans and climate change is high on the agenda right across the globe.  the fishing industry is facing a difficult period with falling cold water stocks and and their territory being overtaken by warm water species.

There is pressure on the European Union to provide solutions to climate change and the Blue Oceans initiative is something the current European Commissioner with responsibility wants to push through and this will have an effect on the fishing industry and how it operates.

This will be a difficult process and the chair of PECH will be in charge of the Committee at the time of great transition.

The newly elected chair of PECH is Pierre Karleskind (Renew Europe, FR) was guest of honour at last week’s Europêche General Assembly meeting to discuss the many pressing issues faced by the fishing sector.

Mr Karleskind noted the current overregulation of the sector stating that “I don’t think there is a sector that has to face as many regulations as fishermen do. Professionals almost need a PhD to become a fisherman”. In this regard and in order to reduce red tape, Mr Karleskind stressed the window of opportunity to make the new European Maritime and Fisheries Regulation simpler and reduce the administrative burden created by the previous fund. He agreed on the need to rethink certain criteria that make it difficult to take into account on-board living conditions or to adapt to engine changes, such as hydrogen engines, which are known to take up more space.

Both the new chair and Europêche agreed that fisheries management should better account for species interactions, and effects of climate change and pollution, however existing exploitation targets based on fishing mortality should not be changed. In this sense, as part of the EU’s Farm to fork strategy, Mr Karleskind stressed that good management of fish stocks has to go hand in hand with sustainable seafood and food security needs. He declared: “We cannot separate economics from environment. We have to think food. Each time we reduce the volume of fish captured by the European fleet, we increase imports. We can be rigorous in setting high environmental standards and compliance but not at the cost of increasing imports and lowering EU production”, he said.

In this context, Europêche also concurred with Mr Karleskind on the need to include in future trade agreements with third countries safeguard clauses by which the EU can stop or suspend preferential tariffs on seafood imports in case of a yellow card. Mr Karleskind stated: “Some third countries have had a yellow card for more than 4 years and yet things are not getting better. The yellow card doesn’t look like a warning in these cases. The EU cannot be naive and try to be clean and environmentally perfect at home, while increasing seafood imports from countries connected with illegal fishing and serious labour abuses like Vietnam”.

Europêche representatives referred to the European Commission initiative to revise the fisheries control system. The sector sees it as a perfect opportunity to modernise and simplify the current Regulation. However, the Commission has introduced new mandatory control tools such as cameras and engine power monitoring devices, strengthened sanctions and centralised weighing systems. Europêche argues that the Commission is in a quest to cast a shadow of doubt over the compliance and enforcement of fisheries rules by the sector. However, the latest figures[1]  from the European Fisheries Control Agency show that despite the increase of inspections at sea, the actual number of infringements has been reduced to an extremely low 3%. The industry therefore wonders on the need of the introduction of costly and burdensome control tools.

Europêche stressed the importance of 2020 as the “Super year for the Ocean”. A series of major events will take place this year to set new binding targets for international ocean governance, with important implications for the fishing industry. One of the main sources of concern is the revision of the UN Convention on Biological Diversity (CBD) that may include a proposal for governments to close by 2030 at least 30% of the world’s ocean to extractive activities through a network of marine protected areas (MPAs).

The sector challenges the need to close more areas since in the last 20 years the populations of assessed fish stocks have increased globally, and in the case of European waters by 36% if compared to 2003. Furthermore, the sector recommends to increase efforts on better implementing existing environmental instruments since the already achieved 10% MPA-coverage in EU waters is not as successful as expected as many of them are simply ‘paper parks’.

Daniel Voces, Managing Director of Europêche declared: “If all you have is a hammer to solve every ocean issue, everything will look like a nail. For instance, Palau’s marine sanctuary located in the Pacific and ‘protecting’ 500,000 km2 has backfired since shops and restaurants in the archipelago are serving vulnerable reef fish instead of sustainable pelagic fish like tuna. This demonstrates that both biodiversity and food security are better served by expanding effective fisheries management and not by establishing more no-take areas”.

Industry representatives voiced that the combined effect of Brexit, the expansion of offshore wind farms, 30% non-extractive MPAs plus environmental EU regulations such as Natura2000 could restrict access to fishing grounds to the point that fishermen would have nowhere to fish.

Concerning Brexit, Mr Karleskind reiterated that he will dedicate all his efforts to ensure that fishing will not be singled out from any political package agreement with the UK and stated that negotiations on fisheries should be inextricably linked to trade and market access.

Furthermore, Europêche showed great concern over the possible introduction of fuel taxes for fishing activities[2]. The sector recalls the low greenhouse gas emissions of this industry thanks to the low number of fishing vessels (just 65.000 active fishing vessels), reduction of fuel consumption, and the introduction of new fuel-efficient engines. Besides, the environmental carbon footprint is even lower considering that wild caught fish does not require being artificially fed, use of water supply, antibiotics or pesticides, nor locking up in cages. Bearing in mind that fuel costs for fishing vessels may exceed 40% of the total operating costs, the taxation of fuel would thus bring about low environmental benefits compared with the high economic damage to the industry with hundreds of companies forced to shut down.

The President of Europêche, Javier Garat, welcomed the positive attitude and constructive nature of the meeting: “I am very pleased that Mr Karleskind is actively engaging with the fishing sector. As industry we invite him to continue listening and engaging with fishermen who, at the end of the day, will work under the rules adopted in Brussels. Our operators have already done many efforts in the past by adapting and complying with ambitious policies, but they have already the feeling that they are climbing mountain after mountain without the promised results of more fish, it’s just less fishing vessels and less competition”. 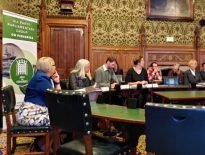 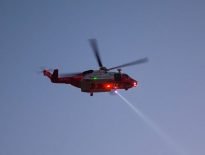