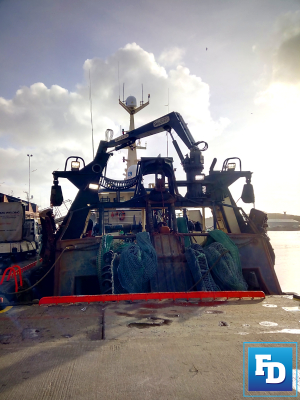 Europeche, the European Fisheries Alliance (EUFA) and the European Association of Fish Producers Organisations (EAPO) have called on the Director-General of DG MARE Charlina Vitcheva to resolve the issue of EU fishing vessels and UK fishing licences without delay.

Although the associations welcomed the efforts that resulted in the temporary fishing authorisations, they pressed for the need for all vessels from the EU fishing fleet to get licences for British waters as soon as it is possible.

The issue with the current temporary licences are that they are only valid until 21 January, with a significant number of vessels have not received licences the associations have told the Director-General “it is imperative that the temporary nature of the authorisations and additional vessels seeking authorisation are resolved without delay.”

In addition to the problems with the authorisations to fish in UK waters, the main EU fishing associations impacted by Brexit (EUFA, Europêche and EAPO) have told Ms Vitcheva that they would like to point out that Brexit will lead to numerous additional challenges for the EU fishers.

“In this vein, our fishing-vessel owners are wondering when European vessels will get the necessary authorisation to fish in Norwegian waters and which timeframe is the Commission expecting. To the best of our knowledge, opposite to EU vessels, UK fishers are already allowed to fish in Norwegian waters which would be seen as a big win for Brexiteers.

“Furthermore, as you are well aware, our fishermen see as a threat the potential introduction of management measures by the UK that may be either discriminatory, disproportionate or not based on science. For instance, the allusion to a ban of ‘super trawlers’, with no scientific basis, as mentioned by Prime Minister Boris Johnson already sends a signal that the UK government may follow that line. Equally worrying are the discriminatory measures that could be taken against specific gears, like pulse, or other technical gear measures (such as trawl-panels), that are still being studied in the EU.

“Therefore, we call on the Commission to be particularly vigilant on this point and maintain to the largest extent a level playing field.”

The European Commission has said that the institution is working diligently in order to secure access for all fishing vessels on the EU fishing fleet register but has come under criticism in some quarters for the creation of ‘priority’ lists for some fishing vessels. 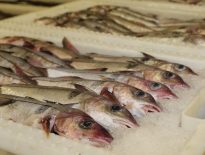 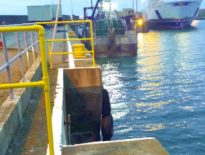