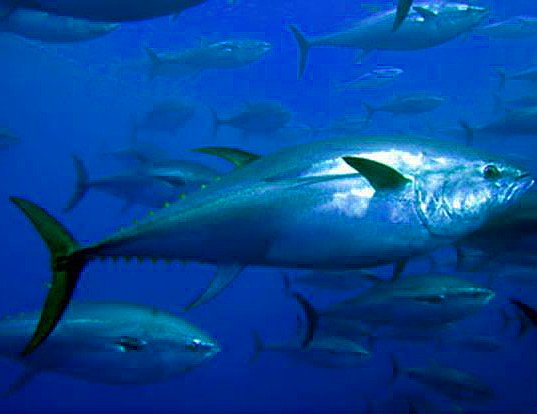 The EU and the 47 contracting parties of the International Commission for the Conservation of Atlantic Tunas (ICCAT) concluded this year’s annual meeting on Monday 21 November.

After eight days of intense negotiations, the meeting ended with a breakthrough decision adopting a new management procedure for Bluefin tuna, a sustainable management plan for South Atlantic shortfin mako shark, an important measure to ensure reduced sea turtle bycatch, and other key measures to ensure the conservation and improved management of ICCAT fisheries.

It is claimed that after years of research, analysis, modelling and testing, the newly adopted management procedure for the iconic Bluefin tuna will be more transparent, inclusive and robust. Based on the recent scientific knowledge of the stock’s reproduction and migration patterns, the new management procedure has been developed with an active engagement of EU scientists and with EU funding. For over a decade, the EU has been contributing to the ICCAT Atlantic-Wide Research Programme for Bluefin Tuna (GBYP) through substantial voluntary financial contributions.  The new management procedure provides the basis for total allowable catches (TAC) of 40,570 tonnes for the eastern stock, [with a share of 21,503 tonnes for the EU].

ICCAT has also agreed a new recommendation for the conservation of sea turtles. All the key elements of the initial EU proposal have been included in the final text, significantly improving the regulatory framework. The provisions adopted will be applied to the Atlantic and will contribute to reducing sea turtles‘ mortality in ICCAT fisheries.

The EU tabled an ambitious proposal for the conservation of South Atlantic shortfin mako (SMA), along the lines of the ambitious measure the EU had supported at last year’s annual meeting for the northern stock of shortfin mako, to prevent the southern stock from following the same downwards trajectory as the northern stock. During the course of the negotiations, it became apparent that no agreement could be reached on the full retention ban, which was at the core of EU proposal. Eventually a solution was found in a total retention allowance of approximately 1,300 tonnes which together with estimated discards, does not exceed the limit of 2,001 tonnes proposed by the ICCAT Standing Committee on Research and Statistics (SCRS). This solution, which owes greatly to the EU’s on-the-spot contribution, accommodates the concerns of the contracting parties and cooperating non contracting parties (CPCs) while remaining within the frame of the SCRS advice.

Despite the EU’s best efforts, no agreement was unfortunately reached on a recommendation on a new multi-annual conservation and management programme for tropical tunas. This resulted in the rollover of the current temporary measure.

The EU played a leading role in the adoption of the allocation key for the endangered Mediterranean Albacore.  After the endorsement last year of the rebuilding plan for this stock, following the EU’s proposal, the distribution of the 2,500 tonnes TAC by an ad-hoc working group in February 2022 left Türkiye out of the allocation table, with the risk for them to set a quota outside the ICCAT framework. The agreement struck by the EU, Egypt and Türkiye preserves the rebuilding plan, while safeguarding the interests of the EU-fleet.

The EU has also advanced the fight against illegal, unreported and unregulated (IUU) fishing with a proposal for the control by CPCs of their nationals benefiting from IUU activities. The EU was also at the forefront of enforcing control and fighting IUU by certain CPCs the poor record of which the EU exposed and which will be followed up upon by ICCAT.

The EU played a prominent role in systemically strengthening compliance of ICCAT measures with the adoption of the schedule of compliance actions.

Following up on the EU’s many initiatives over the last few years to strengthen control of the live bluefin tuna fishery, the proposed pilot project for the use of stereoscopic cameras backed by artificial intelligence will explore a promising avenue to close one of the remaining important weak points regarding control. 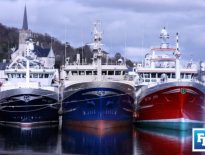