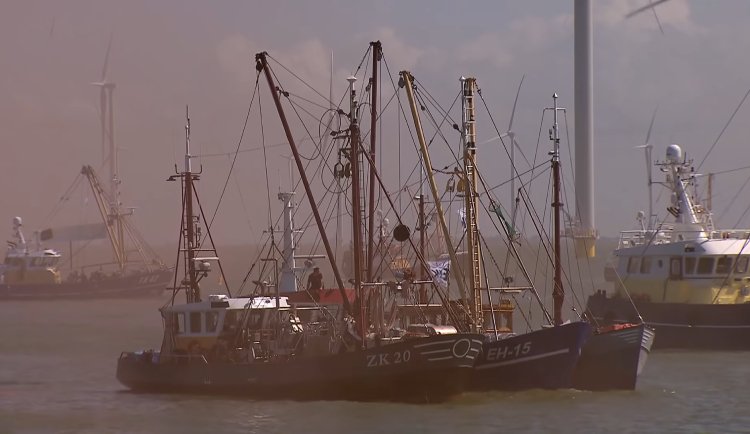 Approximately 60 Dutch-registered fishing vessels made their way to the Afsluitdijk on Saturday last (14 August) to protest over the growing number of offshore wind farms being inflicted on the fishing industry.

The ‘Together for a better future’ protest at Fryslan Windpark was undertaken by fishermen’s organisation EMK to protest and the growth of offshore wind farms which are driving fishing vessels off their traditional fishing grounds.

This has caused a huge concern throughout the fishing communities in the Netherlands from the experienced fishers to the very young who are looking to the seas for their future.

′′We are doing this for the youth, for our succession,” says Dirk Kraak Chairman of North Sea Fishermen-EMK fishermen’s action group. ′′Our young fishermen are motivated, they are attending or have gone to fishing school to earn future for our fishing communities.”

EMK claims that according to fishermen, offshore wind farms also have a huge impact on the marine environment. They find the stories about biodiversity gain in the energy sector pure bullshit. At the same time, the setting up of nature reserves will further reduce their fishing grounds. Shrimp fishermen on the Wadden Sea are also affected by this. 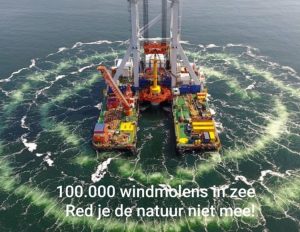 Furthermore, says EMK, fishermen fear a tsunami of new EU legislation and national government plans that make working in the IJsselmeer, the Wadden Sea and the North Sea virtually impossible. The overall fisheries sector is also surprised why environmental organisations don’t concern themselves with further industrialisation of the IJsselmeer and the North Sea. Fishermen have no confidence in what NGOs claim.

The concerns for the Dutch are not alone over the wind farms but also plans for colossal pontoons with solar panels that have been touted for the Ijsseelmeer and other coastal areas of the country. 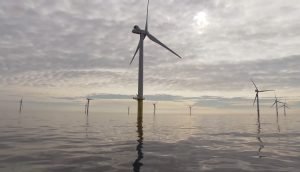 “The pontoons, however, obstruct plankton production that is so important for the supply of oxygen on earth. Plankton is also at the start of the food chain and is therefore important for the rest of the sea,” write the EMK.

EMK says that they can see a future where fishing is prohibited due to the “green” agenda and they are raising this concern before it is too late to act.

Dutch fishers to bring protest over mounting issues to the Afsluitdijk 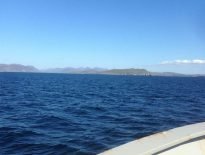 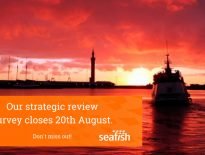