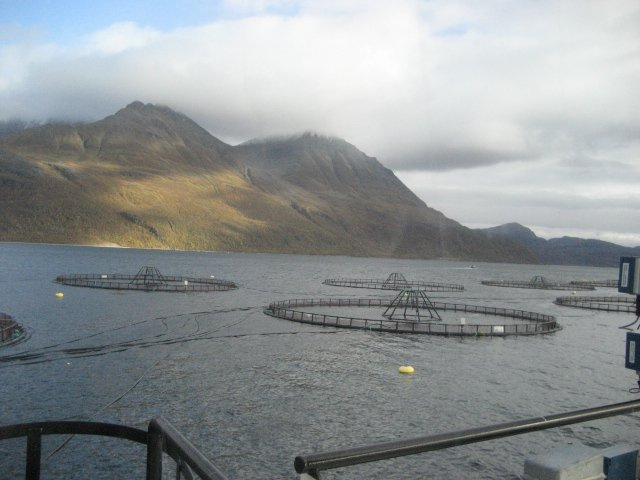 Although pressure is being ramped-up on the EU Commission to take action against Norway to comply with scientific catch recommendations for mackerel, blue whiting and herring, Dutch fish processors have warned against sanctions.

In the Dutch House of Representatives and in Brussels there are votes to hit back at the Norwegians with import restrictions on salmon but it become difficult to estimate the hunger to impose sanctions against Norway as many fish processors in the Netherlands have now become dependent on Norwegian farmed salmon as a raw material for processing.

A shocked Fish Processors Federation has written to LNV Minister Carola Schouten that such a disproportionate counteraction will lead to great losses for many Dutch fish workers. Salmon has quickly become of enormous importance to the Dutch fishing industry, especially for Urk where processors have switched, and salmon processing is still growing. “It is the economic rescue for Urk after the ever-decreasing flatfish catches of its own North Sea fleet,” says an Urk importer and processor.

The factions of the governing parties VVD and CDA asked LNV Minister Carola Schouten last week to support European import restrictions on Norwegian farmed salmon. Some other Member States of the European Union are already arguing for trade measures. But Minister Schouten first wants to know what the consequences could be for the fishing industry and to hear the options from the European Commission. “I will therefore plead first for a feasibility study into possible trade measures so that they can be used in a balanced and targeted manner,” Schouten replied to the House of Representatives.

The fact that Norway and also the Faroe Islands and Iceland are independently increasing their fishing opportunities for mackerel in particular is something Schouten considers serious. With their actions, these coastal states put EU fishermen at a disadvantage.

The Fish Processors Federation writes in an emergency letter ‘trade measures against farmed salmon’ to Minister Schouten that the concerns about the fisheries agreements between the EU and coastal states for European fishing companies are clear and the loss of the MSC certificate for mackerel is being felt in the market. It is therefore understandable that pressure is being put on Norway.

At the same time, the Fish Processors Federation emphasises that farmed salmon has now become more important for Dutch processors than flatfish. It is currently even the most important raw material for the fish processing industry in the Netherlands. Farmed salmon is a growth product. “There is also a growing economic interest in the import of Norwegian (and Icelandic) farmed salmon for logistics companies in our country and for Schiphol Airport and the Port of Rotterdam. The import value of whole salmon, the raw material for processing, was more than seven times higher in 2020 than in 2012. In the first half of this year, a growth of more than 20 percent was achieved compared to the same period last year. In short, farmed salmon has a very different value chain than that of wild-caught pelagic fish such as mackerel and herring,” said Guus Pastoor, chairman of the Fish Federation.

In view of these interests for regional economies and employment, the Fish Processors Federation is highly surprised that the Dutch government has expressed a willingness to have the European Commission investigate whether trade measures on Norwegian farmed salmon are possible. “You have rightly indicated that you take the interests of all parties involved into consideration. But the willingness to investigate measures against farmed salmon is already causing great unrest in our salmon processing industry, which is fully engaged in new investments.”

The Fish Processors Federation writes that it wants to show solidarity with the captains who are affected by the Norwegian policy. “But an unbalanced weighing of interests is not acceptable for our sector. We therefore urge you not to make a link in this file with farmed salmon, a value chain that is completely separate from pelagic fisheries. Measures aimed at Norwegian farmed salmon will have disastrous effects for our members, which will also have an effect in the longer term. The Netherlands will shoot itself in the foot and the price will be high.”

Last year, according to Eurostat, approximately 875 million kilograms of whole Atlantic salmon were imported into the EU. More than 95 percent of them come from Norway, Iceland or the Faroe Islands. 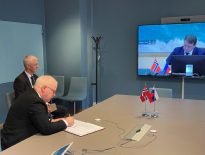 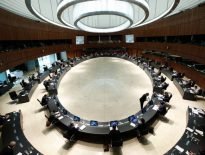