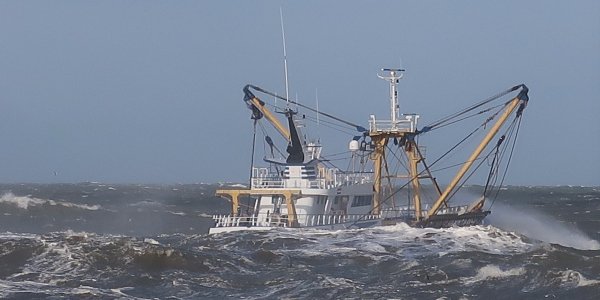 Dutch beam trawler reported to the police for serious violations: Demand for a fine and confiscation of more than half a million kroner.

The Danish Fisheries Agency has just reported a foreign beam trawler to the police in a comprehensive case for serious violations of fisheries legislation.

The police report takes place after the Minister of Food, Agriculture and Fisheries Rasmus Prehn has intensified his efforts against illegal fishing with air surveillance and stricter controls at sea. The case has now been handed over to the police with a recommendation for a fine and confiscation of a total of DKK 527,000 (€70,800/£60,600).

The stricter fishing control of the beam trawl fishery in Danish waters has once again paid off. The Danish Fisheries Agency’s Regional Control West has recently reported a Dutch trawler to the police, where serious violations of fisheries legislation have been found, dealing with illegal fishing in a prohibited area, use of illegal gear, lack of AIS signal and errors in the vessel’s fishing logbook.

The serious violations should have taken place in Rødspættekassen, which is an area that runs from Hirtshals in the north, through Jammerbugt to Hanstholm and further south along the west coast of Jutland. The purpose of the Plaice Box is to protect the growth of plaice. Therefore, the larger vessels – including the large beam trawlers – are not allowed to fish in the Plaice Box.

The police report comes in the wake of another violation case, where a foreign toll trawler in April 2022 was caught red-handed and reported to the police for, among other things. fishing with illegal inner bags with fines and confiscation claims of up to DKK 375,000 (€50,500/£43,000) in total.

The new infringement case also concerns a Dutch boom trawler, which was initially found already in the autumn of 2021. However, the case can only be reported to the police now, as there are several different violations of the fishing rules. It has therefore been necessary to assess the case together with the European Commission and other authorities.

“It is completely unacceptable that Dutch beam trawlers sail in Danish waters and fish illegally. Therefore, I am very pleased that the Danish Fisheries Agency, after a long period of hard work, has once again got hold of another Dutch beam trawler and reported him to the police for serious violations of the fisheries legislation. The case can end with a fine of over half a million kroner, and I can understand that there are already more cases on the way. That is why it is crucial that we now maintain the pressure and continue with the massive control – at sea and in the air – in order to put a definitive stop to the illegalities.”

“These are several serious violations. Our fishing control vessel West Coast surprises a foreign fishing vessel, while it is in the process of fishing in a breeding area in the North Sea, where large vessels over 12 metres are not allowed to fish. On board the vessel, we could see that fishing was taking place with illegal gear, which was constructed in such a way that there is no correct selection of small fish when the beam trawl is towed across the seabed. It also turned out that the vessel did not have the statutory tracking equipment, called AIS, on while fishing in the prohibited area. An off AIS signal means that the vessel literally goes under the AIS radar, thereby exposing both itself and others to danger in relation to the risk of collision.”

The Danish Fisheries Agency regards the entire case as a very serious violation of the fisheries legislation and has now handed it over to the police with a request for a fine and confiscation claim of a total of DKK 527,000 (€70,800/£60,600).

The Danish Fisheries Agency has tightened controls on fishing vessels that fish illegally in Danish waters, turn off their AIS signal or enter incorrect information in the logbooks. This is done both through electronic monitoring via the Danish Agency’s Fisheries Monitoring Center and boardings at sea with the fisheries control vessel West Coast.

As part of the efforts to put an end to illegal fishing, the Danish Fisheries Agency has also strengthened its efforts to provide information on the rules and sanction requirements for particularly major violations of fisheries legislation in Danish waters. 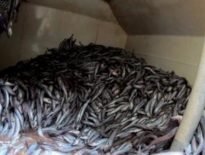 Featured News Sandeel fishing has started with good numbers for … 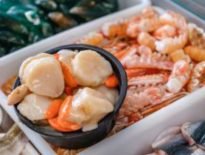