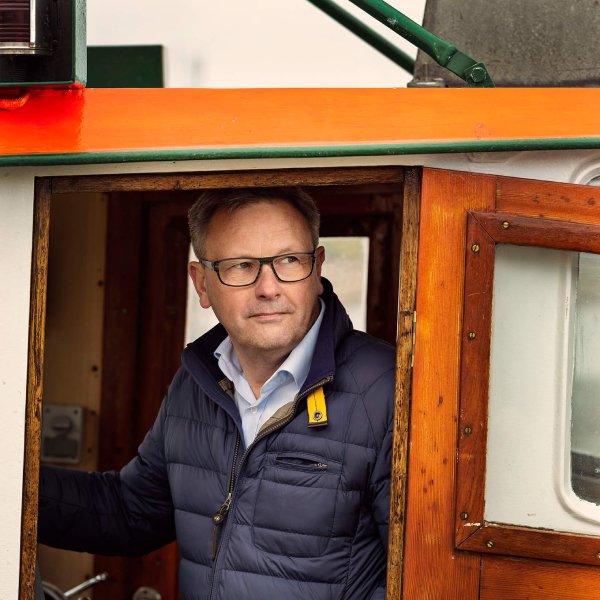 Danish Fisheries Association chairman Svend-Erik Andersen has welcomed the agreement over the monitoring project for trawlers in the Kattegat. Photo: DFPO

Minister of Fisheries Rasmus Prehn and the Danish Fisheries Association have now agreed on 10 changes to the monitoring project for the trawlers in the Kattegat.

The changes come on the background that several fishermen have expressed concern and dissatisfaction with the project, and therefore the Minister has listened and decided to make a number of concessions to the fishermen. The project will continue to help ensure sustainable fishing in the Kattegat.

On 25 May 2022, Minister of Fisheries Rasmus Prehn announced that, based on discussions with the fishing industry, he has decided to change the monitoring project for the trawlers in the Kattegat. The Minister presented ten concrete concessions, which the Ministry and the Danish Fisheries Association (DFPO) have since been in dialogue about.

The ten changes have now finally fallen into place. At the same time, the Danish Fisheries Agency will now start issuing party hearings to the vessels selected to be part of the project.

“There has been talk of Danish fishing. It is a pressured profession, which is why I have recently been on a number of visits to the fishermen to hear their concerns, suggestions and ID.honor. Among other things. to talk about the monitoring project, which has never been intended as a punishment by fishermen, but a necessity to take care of fisheries and the environment. However, many fishermen and the Danish Fishermen’s Association have raised concerns and amendments to the project. It has made a big impression and that is why I have now decided to make ten concessions to meet the wishes of the fishery, without compromising on the aim of the project. It has been important for me to land in a place where we continue to take a big step towards more sustainable fishing. I am very happy with the process we have had with the Danish Fisheries Association over the past few weeks, and I hope that the fishermen will welcome the adjustments, where we make the control more risk-based and introduce a de minimis limit so that accidents or human error are not punished.”

“I am really happy that we have ended up with a project that the fishermen can more easily see themselves in, and I would like to acknowledge that the Minister has moved and met the fishermen on some important points. It is really good that the level of conflict in this case is falling. I hope the agreement can provide some peace of mind in the Kattegat. The fishermen have stretched far and it is far from the dream scenario. Therefore, I really hope that they can now have peace to take care of their work in peace as a thank you for that effort.”

Strandby Fiskeriforening is also satisfied that a solution has now been found in which fishermen can see themselves better.

“We have always tried to work with camera surveillance based on a voluntary approach, where the vessels that participate in the project get some more benefits. We have gained much better control over which recordings are obtained and why they are obtained. That, I know, provides some security for the fishermen, and it is crucial if we are to be able to cooperate on camera surveillance,” says Claus Hjørne Pedersen, chairman of Strandby Fiskeriforening.

From the chairman of Læsø Fiskeriforening, Thomas Christiansen, who said:

“It’s fine, we’ve made an agreement. It is significantly better, and a great deal of work has been done. Both here on Læsø and in the Danish Fisheries Association. But this is all out of proportion. We have just been out fishing for four nights in a row, and together we have caught two kilos of undersized cod. That is nothing. Therefore, anyone can see that it is out of proportion that we should wear the cameras. It is a waste of citizens’ tax dollars to set up such a huge system when we are virtually not catching cod.”

However, it is certain and known that the fishing industry does not believe that camera surveillance will make a difference to the cod stock. Instead, it is hoped that the camera project will give fishermen a freer framework, such as free choice of gear, control easing and other regulatory easing.

“We have always said that camera surveillance in the Kattegat is to shoot sparrows with cannons. Now the fishermen are putting on cameras, and I see this as a step towards us being able to incorporate real-time data into the biological advice in such a way that it can be ensured that there is a connection between the fishing opportunities and the reality the fisherman is in at sea. Finally, I hope that we will initiate a broad-spectrum effort to solve the problems that we know for sure put the cod stock under pressure, such as environmental impact from land and seals. It is simply needed. Both for the sake of the cod stock and for the sake of fishing,” says Svend Erik-Andersen.

The next step in the process is that the Danish Fisheries Agency will now start issuing party hearings to the vessels selected to participate in the project.

Specifically, there will be the following ten changes: 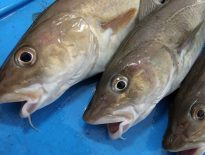 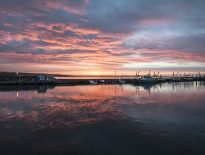 Featured News Prentis told some Inshore Fishermen are on suicide…
0