Danish Fisheries must be even more sustainable says DFA Chair

The main conclusion of the report is that a broad-spectrum effort is needed to ensure that fisheries become even more sustainable. This view is fully supported by the Danish Fisheries Association.

“In Danish fisheries, we have worked with sustainability for years. We have reduced our CO2 emissions by 60% since the early 90s. Large parts of our landings are sustainability labelled. We have proposed to totally protect 10% of Danish waters. We are ready to take the next steps, and we have long called on Danish politicians to invest even more in the sustainable fishing of the future. Completely in line with the report’s conclusion, and we are happy to cooperate with anyone who wants to,” says chairman of the Danish Fisheries Association, Svend-Erik Andersen.

The report states that regardless of which fishing method is used, it leaves an imprint on the environment. However, the imprint varies greatly depending on the conditions in the areas where it is fished. It also appears that today there are large sea areas that are not fished at all, and this must be kept in mind, Svend-Erik Andersen reminds us.

“We are aware that, on an equal footing with, for example, organic farmers, we leave an imprint on the environment when we fish. There is nothing surprising in that. But unlike agriculture, which occupies more than 60% of Denmark’s area, the vessels we have over 12 meters catch 90% of their fish on 20% of the sea area,” says Svend-Erik Andersen.

Acknowledges the contribution to the debate

The report is wide-ranging, and it punctures many myths about Danish fishing, and contributes with many important nuances. For example, the report states that there is generally no fishing where eelgrass grows, that mussel fishing does not have a documented negative effect on the marine environment, that trawling for plaice and cod is as climate efficient as net fishing and that 90% of fishing effort with trawl gear affects only less than 20% of the sea area.

“It is gratifying that the report sheds light on some of the discussions that are often raised in the field of fisheries so that we can dispel the myths once and for all. In general, it is important that we have a proper and factual discussion about Danish fishing, about the environmental impact and about the great social contribution the fishery provides with more than 16,000 jobs and food of the highest quality,” says Svend-Erik Andersen.

Scientific advice needs to be improved

The report also shows that some fish stocks are overfished. That claim arouses wonder in the Danish Fisheries Association. This is because Danish fishermen are subject to fishing quotas, where the fishing quotas are set on the basis of recommendations from the International Council for the Exploration of the Sea, which DTU itself helps to prepare precisely to ensure that fishing is not too intensive. This points in the direction that the responsibility lies with the bodies that draw up the recommendations for EU fishing quotas.

“I wonder about the part that many species are fished too intensively. Danish fishermen follow the quotas set by the EU. Quotas which are determined on the basis of recommendations from the International Council for the Exploration of the Sea, to which DTU even contributes. So, if those quotas are set too high, then it is at DTU, the dog is buried, and it is under all criticism. In addition, we in the fishing industry have long called for scientific advice to be strengthened. Most recently in our proposal ” Danes’ Fishermen”. So here we definitely have another common task. For the fishery can also not live with the violent fluctuations in the advice we have seen in recent years,” says Svend-Erik Andersen.

Danish Fisheries must be even more sustainable says DFA Chair 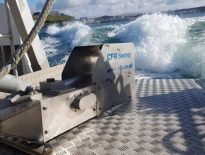 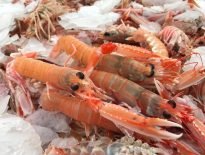