The Danish Fisheries Association Chair, Svend-Erik Andersen has hit out at the Board of Fisheries decision to seek reimbursement

The Chairperson of the Danish Fisheries Association has hit out at the Board of Fisheries after it announced they are claiming reimbursement for grants they overpaid to fishing boat owners.

The Fisheries Authority now sends the bill for their mistakes to the fishermen. They have just announced that they will claim reimbursement of grants

The Danish Fisheries Authority is now sending a bill to the industry which will total DKK 12 million (€1.6m) for what they say was overpayment in grant monies paid from the EMFF, money which the fishermen have either been promised or which they have already been paid.

The decision came following a review of a number of grant cases under the Marine and Fisheries Development Program during the period 2014-202 which showed that in some cases commitments and grants had been awarded under the program, which contravene national as well as EU rules in the fisheries sector.

The report on reimbursement comes after the last few years, where the Danish Board of Fisheries has been severely criticised. In 2018, the Office of the Auditor General concluded that the Board’s management of grant schemes under the EMFF program has been questionable and contrary to the legal basis. The Chamber Attorney has therefore reviewed a number of cases, and now a claim for reimbursement has been raised. It will include cases where “the rules are so clear that applicants should have known that they could not receive a subsidy”.

“If the Danish Fisheries Agency has had difficulty understanding and managing the reimbursement scheme under the EMFF program, as well as national and EU rules in the fisheries sector, then it is unreasonable to believe that fishermen can. How should the fishermen know better if the authorities do not ?” says Svend-Erik Andersen, who hopes that the Danish Fisheries Authority will therefore consider the complexity of the fishing area in the further case management:

“This emphasizes that it is not fun when we call for rule simplifications. After all, when our authorities can’t even navigate the rules, we, as fishermen, are completely on the lord’s field, which is completely unreasonable.

“The Fisheries Authority should therefore pay the bill for their own mistakes.” 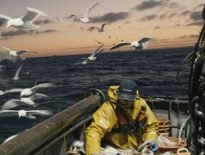 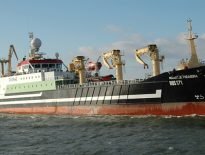