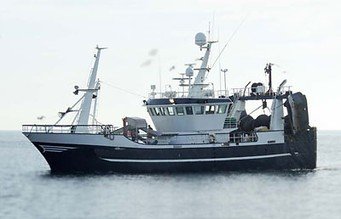 The Danish Fisheries Agency has introdiced new regulations for bottom-trawlers in the Kattegat. Photo: Atlantic Shipping

The Danish Fisheries Agency’s decision to install cameras onboard bottom-trawlers in the Kattegat has been met with strong objections from those in the industry.

Not alone has fifteen fishing vessels been selected for the project, other vessels who have not been selected so far, have been told they must change their fishing gear in line with conservation measures.

Danish vessels fishing with bottom trawls using mesh sizes greater than 70 mm in the Kattegat and not participating in the remote electronic monitoring project (REM) will have to operate with special selective gear from 31 May 2020.

The Danish Fisheries Agency has made new regulations in connection with the determination of TACs and quotas for 2020, it was decided politically that REM of the majority of Danish fishing with bottom trawling gear in the Kattegat should be introduced.

The Danish Fisheries Agency says it has taken the decision in order to protect cod stocks in Kattegat which is currently in very poor condition. The project aimed at the nephrops fisheries in the Kattegat, in particular the bycatch of cod and compliance with the landing obligation. The project will be implemented in several phases until 2022.

Vessels that will be included in the project are selected on the basis of a number of criteria based on historical fishing. The Board of Fisheries is responsible for the selection.

The selection of vessels for the camera project takes place in several stages:

In total, about 100 vessels in Kattegat are expected to have camera equipment installed.

The first 15 vessels to be installed with camera equipment by the end of 2020 will be able to continue fishing according to the applicable technical regulations. The other vessels in the Kattegat, which fish with bottom trawling gear, will be subject to special selective gear after 31 May 2020. These requirements are described in a separate guide .

Prior to the installation of camera equipment on the selected vessels, an inspection has been carried out and a “Vessel Monitoring Plan”, which describes the technical specifications and the location of the camera equipment, which is specifically adapted to the individual vessel and its fishery. It will be the Danish Fisheries Authority that performs this inspection.

A follow-up group has been set up, which follows the project’s progress and is regularly consulted prior to important decisions.

An announcement will be prepared with the exact requirements for the rules of fishing in the Kattegat with bottom-line gear and camera requirements.

Fishermen in Denmark have objected to the installation of REM on fishing vessels with many saying that it is a step too far.

The Danish nephrops boats of the Kattegat have been tied-up since late March when the collapse in markets across Europe and Asia forced the Danish Fisheries Association to ask their members to cease fishing as market prices and demand folded.

Thomas Christiansen, skipper of the 20 metre nephrops trawler ‘Andrea Klitbo’, is one of the fishing vessels that has been tied-up in harbour since the end of March and his vessel has been selected to be equipped with REM cameras.

He said “My boat has been chosen for the camera project. We are 15 boats and we will protest.”

The question has arisen whether the Danish Fisheries Agency has any legal authority to install the cameras on board the boats?

Thomas says “DFPO (Danish Fish Producers Organisation) say that they do not have the authority. We will say no, and go to court if necessary.”

The question of REM is a thorny issue with fishermen in most countries but the Danish fisheries representatives, the DFPO have hit out against it’s use on its members vessels calling it “completely unreasonable”.

At the end of January this year, over 300 Danish fishermen protested in Aalborg over the introduction of REM on board fishing vessels claiming that the addition of surveillance cameras was a step too far.