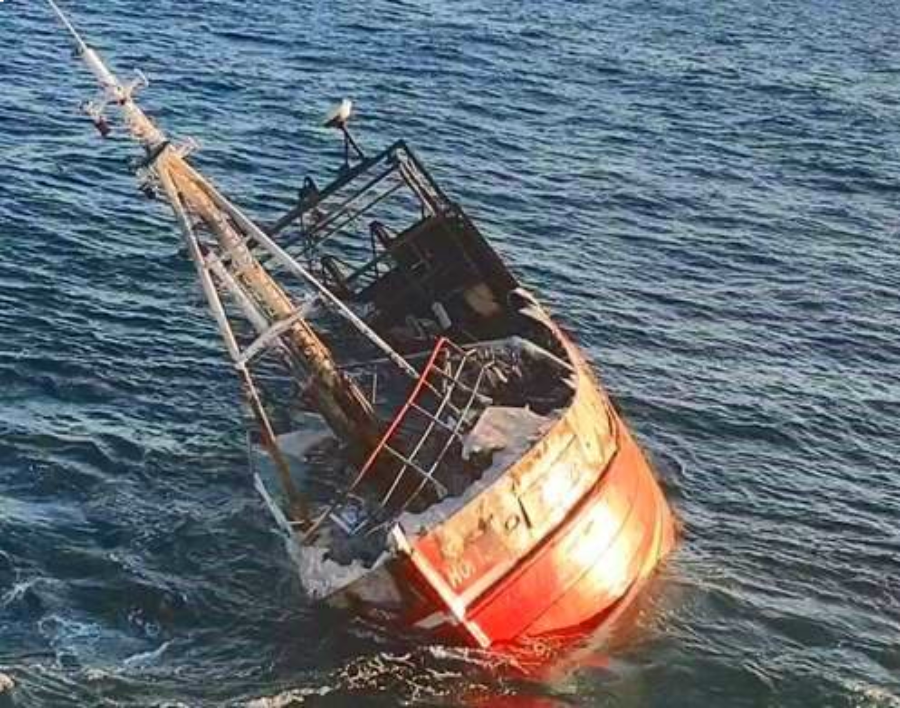 The crew of the Horizon S 329 were forced to abandon their fishing vessel after it catches fire off the Cork coast. Photo: R117

The crew of the Horizon S 329 were forced to abandon their gillnetter after it caught fire on the early hours of this morning.

The Irish Coast Guard has reported that the crew were in good spirits despite having had to abandon the vessel after a serious fire onboard. Despite efforts to fight the fire the vessel sunk close to the position where it initially caught fire.

Shortly before 2.00am this morning Valentia Coast Guard were alerted to a fire onboard the Irish fishing vessel Horizon.

A full-scale Search and Rescue operation was mounted, and Courtmacsherry All Weather Lifeboat and the Waterford based Coast Guard helicopter R117 were tasked to the scene.

Conditions at the time were favourable with light winds and a moderate sea.

R117 reported that the incident too place in the vicinity of the Kinsale gas field which is currently undergoing decommissioning and as such there are a large number of huge support vessels in the area.

Other fishing and commercial vessels operating in the area also responded, as did the Naval ship LÉ George Bernard Shaw.

Shortly after the fire outbreak the crew successfully abandoned the vessel and were recovered from their liferaft by the Offshore Supply ship MV Vos Pathfinder that had been operating at the Kinsale Gas field.

The crew were subsequently transferred to the Courtmacsherry Lifeboat.

The Irish Coast Guard has reported no sign of any injuries being suffered by the crew.

Another vessel on scene the MV Maersk Maker attempted to extinguish the fire but to no avail. The wreck was monitored by the Coast Guard Helicopter and LE George Bernard Shaw. The vessel was reported to have sunk shortly before 7.00am.

The Coast Guard has extended its thanks to all on Scene respondents for their timely and professional support and expressed relief that no serious injuries were incurred in what was potentially a very serious situation.

The Courtmacsherry RNLI Lifeboat voluntary Lifeboat Operations Manager Brian O Dwyer said “We are all so relieved that all four crewmen were rescued so quickly in darkness this morning and praised the fast response of the Kinsale Gas Field Supply Boats who were quickly on scene.” 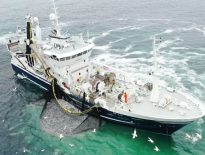 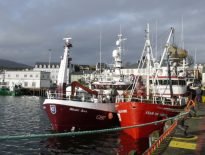