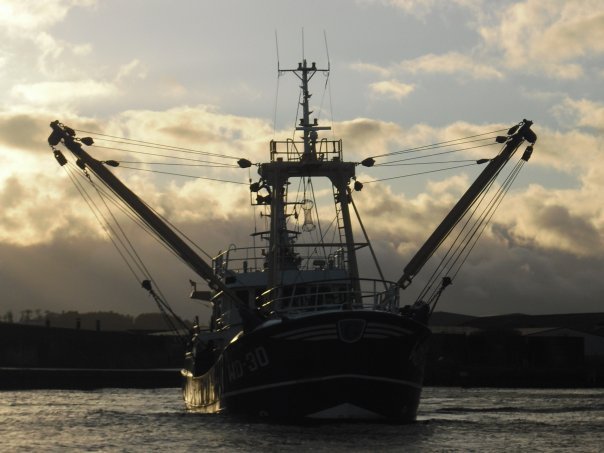 CJ Gaffney has accused the Minister of the Marine, Charlie McConalogue of being insulting language after he took part in a radio interview today

CJ Gaffney has accused the Minister of Agriculture, Food and the Marine, Charlie McConalogue TD, of being insulting after the Minister took part in a radio interview this morning (Monday, 31 January).

Mr Gaffney and his family have been looking for justice and compensation since they found their fishing vessel, the ‘Mary Kate’ WD-30, was unseaworthy, after the purchased it from Germany in 2007.

It’s been a long and drawn-out battle for the Gaffney family and even though the EU Commission has advised the EU Commission the Department of Agriculture, Food and the Marine to pay the Arklow natives’ compensation, the Minister has said his door is shut and has washed his hands clean of any responsibility.

On The Morning Show broadcast by East Coast Radio, presenter Declan Meehan asked the Minister if CJ Gaffney and his family would be compensated for a boat that was unseaworthy from the beginning.

The Minister said, “Yeah, it’s something I’ve met Mr Gaffney directly to discuss as well, and I know he’s had engagements at European level and with other MEPs.”

“But listen, it is a private matter between Mr Gaffney and as the boat, was bought internationally, the people they bought it from.

“So, there isn’t a direct role from the State here in relation to this particular issue, though, I very much empathise with the situation Mr Gaffney has found himself in and the impact that has had on him.

Asked if the Gaffney family would get any help from the Department of the Marine, the Minister said:

“Well, it’s not something that that there’s an issue or any responsibility for the Department of the Marine and Declan the boat was bought internationally, and whether it be a boat or a tractor or any other purchase that somebody would make, it’s a matter for the purchaser between the purchaser and the person that they purchased it from.

“So, there isn’t a role or responsibility directly to the Department of the Marine here.

Mr Meehan argued the point that the houses in Donegal which are affected by Mica are privately owned and built, but they are getting “bailed out”.

It could be argued that those houses in Donegal were bought of private houses and they’re getting bailed out now.

“Certainly, then the State is stepping in to assist homeowners to put their homes back and fix their homes given the tremendous and unenviable situation they find themselves in.

But you could make the argument that you’re making there for any commercial transaction in wider society, Declan and the reality is here in relation to this, but it’s not something that the Department of Marine had any role or responsibility and while I understand the challenge, Mr Gaffney and the impact it’s had on him it’s therefore a matter between Mr Gaffney and those he purchased the boat from.”

Speaking to The Fishing Daily after the radio interview, CJ Gaffney said was taken aback Minister McConalogue’s perception of the situation.

He said, “I think it is wrong on so many fronts it is insulting.

“When he mentions the private transaction of a tractor it’s not the same as a boat. There are no laws protecting a boat owner like me. That’s why I am in the situation I find myself in.”

He continued, “What about my right to get access to the courts? I am denied that right.

I didn’t invest in a diamond mine in South Africa. It was a fishing vessel with classification and state certification, in date.

“He has never seen the independent expert evidence. Where is his proof that this could be called a failed transaction. 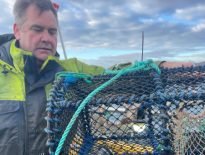 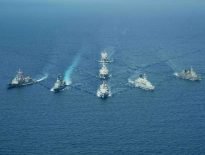