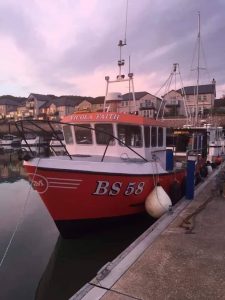 A body found on a Blackpool beach has been confirmed as one of three missing fishermen from the FV Nicola Faith.

Skipper Carl McGrath (34) had been missing since the disappearance of his fishing boat on 27 January.

North Wales Police has said his family have been informed and are being supported by specially trained officers.

The two other crew members, Ross Ballantine (39) and Alan Minard (20) are still regarded as missing.

North Wales Police have said “The family have been informed and are being supported by specially trained officers.”

“The family would like to thank all members of the community for their help and support, but ask that their privacy is respected at this time.

Our thoughts remain with the families and friends of all three fishermen.”

This morning the private search for the missing fishing vessel Nicola Faith off the northern Welsh coast was stood down due to poor weather conditions in the area.

The news was confirmed by sea search specialist David Mearns OAM, who is leading the private search, with the aid of the of the Marine Accident Investigation Branch (MAIB), for the fishing vessel that failed to return form its fishing trip.

At the beginning of March the missing boats liferaft was found by HM Coastguard off the coast of Kirkcudbrightshire, Scotland and was formally identified by the MAIB.

Last week, three bodies were recovered from the coastline off the Wirral and Blackpool and the three families of the missing men were awaiting the outcome of the Home Office postmortems.

Family and friends have been fundraising in order to continue the search for the missing boat as they are resolved to establish exactly what had happened on that fateful day the three men left Conwy to go pot fishing.

“The private search has had to stand down for the time being because the weather has turned against us. I’ve met with all three families who wish to resume the search when the conditions allow. The community support they have received has been exceptional,” tweeted Mearns.

Mearns, found the wreckage of the plane carrying footballer Emiliano Sala which disappeared off Guernsey in 2019 and also found the missing HMS Hood which was sunk by the German battleship Bismarck at the Battle of the Denmark Strait during World War II. 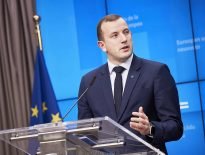 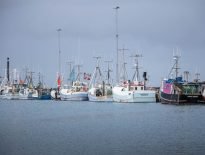