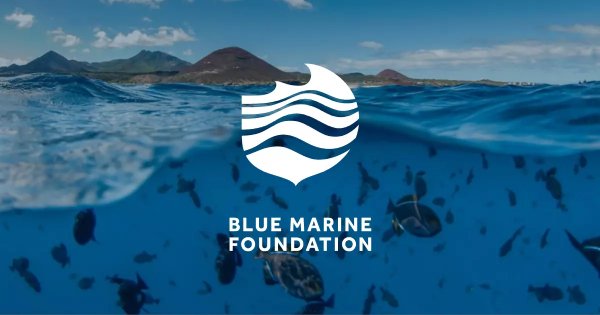 The Blue Marine Foundation has responded to a recent article in The Fishing Daily by saying that the NFFO should be concerned about dire state of cod stocks.

The article referred to the National Federation of Fishermen’s Organisations (NFFO) who called the Foundation “Wealthy, Well Connected, and Wrong” when it comes to facts about sustainable fishing.

The Blue Marine Foundation have been promoting a campaign called ‘Bring Back British Cod’ which has been calling for a ban on overfishing the stock by the elimination of traditional fishing methods such as bottom-trawling, which they claim is wiping out swathes of juvenile fish, leading to a severe decline in stocks.

In their campaign literature they claim that “The scientific assessments of cod in UK waters show that cod populations in the UK have plummeted in recent decades. The primary driver for this decline is overfishing. The figures presented by ICES are stark:

In the same article he said that “we urgently need to save our favourite fish from 40 years of mismanagement,” and that “Catch limits for the west of Scotland cod have been set above scientific advice, ludicrously, every year for the past 35 years.”

He called for a ban on trawling for langoustines as he claimed it results in a “huge bycatch” of juvenile whitefish, such as cod.

He claims that with the right management, for example, more creeling and potting for scampi and an inshore prohibition on trawling, “cod could be nursed back to profusion.”

“This perverse behaviour is not exclusive to Scotland. In the Celtic Sea and the Irish Sea, fishing for other species continues apace, though scientists advise a zero catch of cod, which is not enforced. In the North Sea, where there was a recovery plan for the cod a decade ago, stocks actually began to recover. Then politicians and officials gave in and set catch limits at levels that made recovery impossible.”

He claims that Brexit should have ended overfishing in UK waters through the Fisheries Act but instead, last December (2021) ministers and officials signed an agreement with the EU that allowed 65% of all catch limits to be set above scientific advice.

The Blue Marine Foundation self-title The Guardian article as ‘Did you know King Charles officially owns all the cod? So overfishing is squandering royal assets’.

“In fact, it is not true to claim, as Charles Clover did recently on the BBC, that the UK/Norway and the EU have set quotas at unsustainable levels, and that quotas are never set below scientific advice. In the case of North Sea haddock, a scientific recommendation to increase the quota by 160% was limited to a 30% increase to protect cod stocks because there is a recognised species interaction. For North Sea whiting, an even more precautionary approach was followed. The scientific advice for a 240% increase was also limited to only 30%. Similar precautionary restraint was in evidence on some Celtic Sea stocks, although most were set exactly in line with the ICES headline advice.

“This year’s negotiations were notable for the number of stocks pointed in an upwards direction. This can’t always be the case because there is natural variation in the young coming into the fishery each year and that is governed largely by environmental factors.

“So, it is just untrue to say that quotas are increased when the stocks go up but not when they go down. But the big picture is of stocks steadily moving in the right direction, always accepting that there will be some statistical outliers.”

On cod stocks, the NFFO said:

“It is true to say that the other cod stocks in UK water are at a low ebb but two points, ignored by Blue Marine are salient. There are no directed (targeted) fisheries on these stocks, and so fishing pressure on them is very low. Quotas are set at the lowest possible level consistent with unavoidable bycatch in other important fisheries.

“The second point is that the science suggests that there is a distributional shift under way, probably related to changing water temperatures. Cod in the North Sea is moving northwards by 12 km per year. What is the appropriate management response as cod moves out of southern waters and become abundant in northern waters? That is a genuine debate that the fishing industry, fisheries scientists and fisheries managers need to have in the New Year.”

“It’s completely untrue that Blue Marine has called for a ban on cod fishing in the North Sea. Our request was simply for quotas for cod to be set at sustainable levels and for catch limits to not exceed scientific advice. The NFFO focuses on North Sea cod, limits for which have been kept within scientific advice, but doesn’t mention the British cod stocks which are in dire straits and for which no real progress has been made for many years. From a wider perspective we would note that over half the TACs agreed in the EU/UK fisheries negotiations last month were set above scientific advice. The NFFO should be just as concerned about this.” 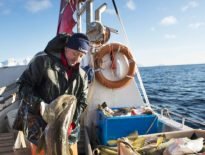 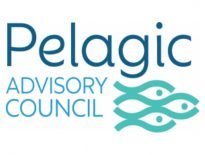