This is despite the entry into force of New Technical Measure Regulations in August 2019 which saw 20 derogations allowing the practice of electric fishing expire on the 31 December 2019.

Bloom Association claims that the licences had been delivered illegally in 2010 as they were granted in order to carry out research that never took place.

Adding to a first round of 42 exemptions that were withdrawn on the 1 June 2019, the Netherlands now only possess 22 exemptions out of the 84 delivered initially.

BLOOM Association say the Dutch are nevertheless still violating the law, as only a maximum of 5% of the beam trawl fleet of each country are allowed to continue electric fishing.

In a statement BLOOM said “If the Netherlands respected the Regulation, they would only have 15 licences, not 22.”

Due to this, BLOOM Association has filed a complaint with the European Commission on the 18 September 2019, but claim that the complaint has been left unanswered bu the EU institution.

BLOOM also claim that Dutch industrialists are testing new methods that would allow them to renew “with the radical efficiency of electric fishing.”

“Their attention has shifted towards a method of injecting streams of water under high-pressure to dislodge fish from the sediment” says the Association.

They also believe a 24 metre vessel has already been fitted out with the new system. It has also been claimed by the Association that industrialists are seeking to obtain public subsidies to equip further vessels.

Electric pulse fishing is a method that produces a limited electric field above the seabed to catch fish. The pulse trawl gear consists of a number of electrodes, attached to the gear in the tow direction, that emit short electric pulses. The electrodes replace the tickler chains that are used in traditional beam trawl fishery. The pulse trawl fishery is mainly aimed at flatfish like sole, with by-catch plaice. Technically, the use of electricity to catch fish is prohibited in European waters but exemptions were made to the Dutch fishing industry for experimental purposes as it is claimed by fishermen there, that it is a more fuel efficient and environmentally friendly method of fishing compared to traditional beam trawling. 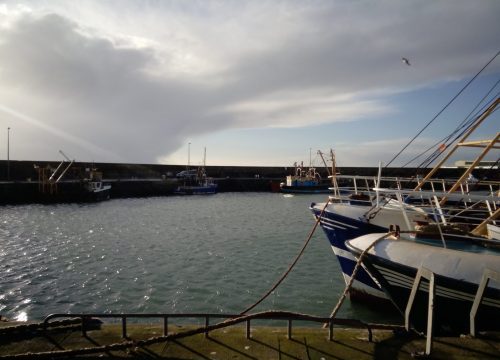