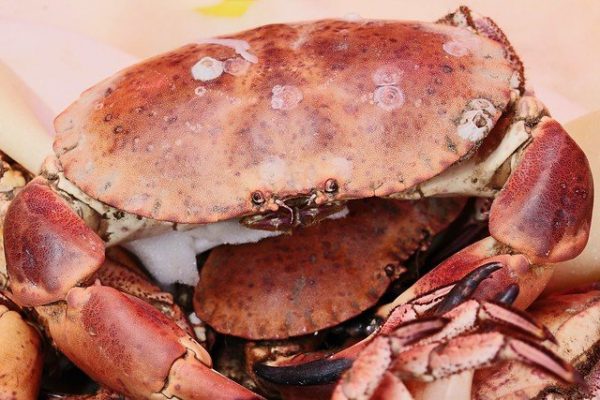 Crustacean Compassion’s industry benchmark, ‘The Snapshot’ finds that decapod crustacean welfare is advancing up the business agenda – but there’s more work to be done on effective implementation of policies

The Snapshot: Industry Benchmark on Decapod Crustacean Welfare is the first benchmark to objectively assess leading seafood producers, processors, retailers and wholesalers in the UK on their management practices and reporting of welfare standards for decapod crustaceans, such as crabs, lobsters, prawns and nephrops (langoustines). Commissioned by one of the UK’s leading decapod welfare organisations, Crustacean Compassion, and facilitated by Chronos Sustainability – the specialists behind the Business Benchmark on Farm Animal Welfare (BBFAW) – The Snapshot was released earlier today (Wednesday 25 January) at a live launch event.

In recognition of the work already happening within the industry to address decapod crustacean welfare and the relative immaturity of the matter as a business issue, findings have been anonymised in The Snapshot’s inaugural report. For the first iteration only, companies had the opportunity to be assessed on unpublished data as well as publicly available information. The benchmark will be repeated in 2023, against which progress can be measured and company scores will be published.

One of The Snapshot’s key findings reveals that 21 of the 30 companies assessed (70%) consider decapod crustacean welfare to be a relevant business issue, citing economics, product quality and wider sustainability considerations amongst the driving factors. Although this is a positive finding, only 15 companies (50%) have developed formal policies – examples of which are highlighted in the full report. Furthermore, only 9 of these companies describe formal implementation policies, revealing a disparity between commitments made and the governance and management processes required to enforce them.

Although 50% of companies assessed do have formal policies on decapod crustacean welfare, The Snapshot also found many of these to be limited in scope, prioritising the welfare of farmed species over their wild-caught counterparts. Only two companies (7%) have universal decapod welfare policies that apply to all geographies, species and products. In contrast, most of the companies’ policies apply to farmed, warm water prawns only.

While many companies are in the early stages of formalising their approach to decapod welfare management, The Snapshot found some companies are investing in innovative research and development projects that improve the welfare of both farmed and wild-caught decapods. Similarly, businesses are beginning to report on their performance on decapod crustacean welfare, with six of the eight companies who currently report performance data doing so publicly on their websites.

Finally, the benchmark shows that although progress is being made in other areas of decapod welfare management and reporting, only one company appears to promote this to consumers, reflecting the infancy of the issue.

Claire Howard, Director of Development at Crustacean Compassion, said: “Following the legal recognition that animals like crabs, lobsters and prawns are sentient and can feel pain, it is encouraging to find that 50% of companies we assessed now have some form of welfare policy in place. However, considering the number of animals affected, with 420 million decapods being landed in UK ports by UK vessels annually, there is an urgent need for comprehensive policies that are backed up by robust implementation processes.

We hope that The Snapshot will become a vital, collaborative asset to help companies to define key welfare expectations, ensure that management practices are in place to enable welfare improvements – across all species, both farmed and wild-caught – and provide a means of communicating these improvements to consumers.”

The full report, The Snapshot: Industry Benchmark on Decapod Crustacean Welfare, and a recording of its live launch event is available now via the Crustacean Compassion website. 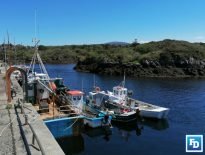 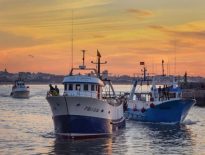