The 81 metre ‘Venus’ NS 150, one of nine Icelandic trawlers fishing blue whiting off the south-west coast of Ireland

The Atlantic blue whiting fisheries continue off the south-west of Ireland despite being hampered by poor weather conditions.

According to the Sea-Fisheries Protection Authority (SFPA), up to the 10th March, Irish boats have landed 3,164 tonnes or 8% of their 38,599 tonnes of their quota allocation.

Norwegian boats have recorded 32,500 tonnes of blue whiting being caught up until the 9 March with 14,400 of this caught in international waters.

The Norwegian boats are operating as far south as 51°N, and throughout the week the fleet moved further and further north. Last weekend most of the 20 strong fleet was in EU waters, about 54°N as catches from international waters have decreased tremendously. 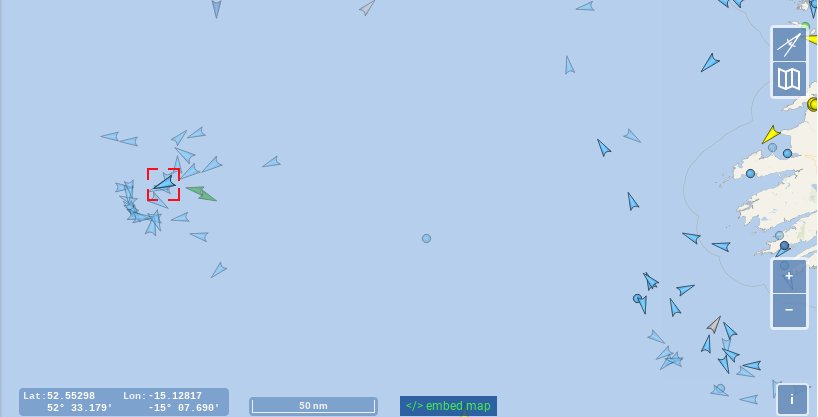 The blue whiting fishing grounds south-west of Ireland where boats from Norway, Iceland, Russia and the UK are fishing.

“What’s striking about fishing here is how brutal the weather is,” said Venus’s skipper Bergur Einarsson.

“We get a few hours between storms and that’s when we have to make sure we get the gear in the water. Now there’s bad weather forecast until Thursday and there’s nothing for it but to sit it out.” he told BRIM.

“We’ve made one landing since we started fishing for blue whiting and that was a 2,500 tonne landing. Now we’ve been eight days at sea and so far we have 1,900 tonnes. It speaks for itself that we won’t be adding to that until the end of the week due to the weather. By then we might be able to get back fishing”, he said.

‘Venus’ and ‘Víkingur’ can stay at sea for roughly two weeks after the first catch of fish has been brought onboard.

“It also has to be taken into account that there is a very long steaming time from the fishing grounds to Vopnafjörður – around 900 nautical miles, taking three days,” says BRIM. 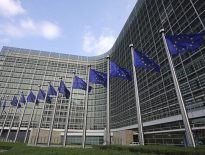 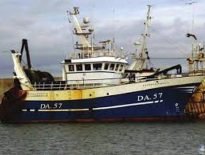