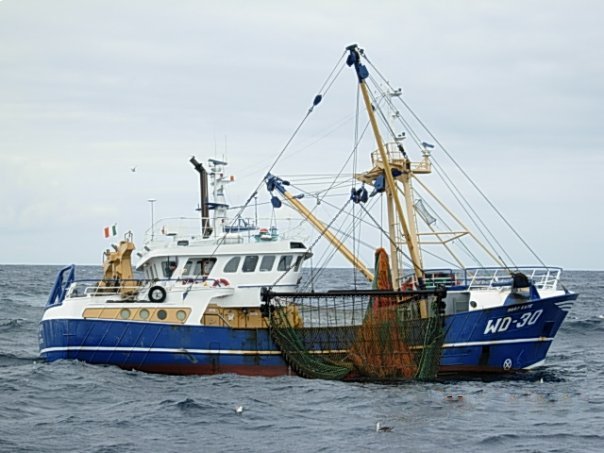 Former skipper and boat owner, CJ Gaffney has written to the German government asking for them to explain how they had continuously passed as ‘safe’ a fishing vessel that should have never passed any safety criteria.

CJ Gaffney Ltd purchased the beam trawler now known as Mary Kate WD-30 in 2007 and was passed fit for purpose by several surveys and passed as seaworthy by the Marine Survey Office (MSO). But to the shock of CJ in January of 2008, it was discovered that the Mary Kate was in fact a death trap, as she along with several of her sisterships who all under 24 metres were classified as seriously unstable.

CJ made an attempt to redress the serious problem by having the Mary Kate lengthened to 30 metres as was recommended, but the problems were only beginning for him. In 2009, after the modification, the MSO issued a stability certificate for the Mary Kate but they were not able to fish because they could not afford to purchase the additional tonnage the modifications had caused.

After a series of problems relating to getting the vessel sold and/or getting back fishing, the bank eventually took control of the Mary Kate and sold the vessel, which was heart-breaking for CJ and his family.

In the intervening years, CJ has invested hundreds of thousands of euros in trying to rectify a situation that could have been prevented if Irish authorities had acted promptly in the first place. Unfortunately for CJ, his issue has become a political football with parties supporting his cause, only to be forgotten about when they get into power.

It is well documented that CJ has been locked in a battle for justice and compensation for well-over a decade now, but the Irish Government has continually washed their hands off the issue. The EU Commission has also distanced itself from the problem as they claim that the issue is outside their jurisdiction as the fishing vessel is less than 24 metres and therefore it is an administrative issue for the individual Member State, which is Ireland.

CJ was offered some hope from the Directorate-General for Mobility and Transport that he could be entitled to compensation from the European Maritime and Fisheries Fund (EMFF) but it would have to be sanctioned by the Irish Government. In his last meeting with Minister for Agriculture, Food and the Marine, Charlie McConalogue, TD, CJ was told by the Minister that he would not sanction any payments for fear of opening the floodgates to future claims.

CJ told The Fishing Daily of the meeting, “He (the Minister) started talking about taxpayers’ money and he can’t just start to write out cheques.

“I said to him, ‘I’ll stop you there, it is European money that is being offered and the Irish taxpayers are not paying for this”.

“He then told me there was no way this could be sorted.

“This has to be sorted and someone somewhere is going to have to take responsibility for this and bring an ending to this. Why should I carry then can when I didn’t do anything wrong, but he tried to keep saying it was a private enterprise and there wasn’t any legislation covering this sort of thing.

“When I bought the boat, the MSO accepted all the paperwork the same as I did. There were no rules in place at the time. I checked the stability book, and it was stamped, and the boat was still in class with machinery, and she had a safe certificate. And she was still fishing.”

CJ has also been told the same reasoning by Minister for Foreign Affairs, Simon Coveney TD, who feared that the Government would have to start paying compensation and costs for every broken-down engine on a fishing boat.

CJ was upset that he is being frozen out of compensation which the European Commission has told him he is entitled to, and the Minister and the Irish government is denying their citizen the right to this money which could go some way to remedy a situation which has not been of his own making.

In the meantime, he has lost his boat, his livelihood and his home, along with the family owing over €2m to the bank.

I am sending you this email that I sent to all Ministers and MEPs of Ireland yesterday as no one from Ireland has contacted you or furnished you with any reports, documentation of details of the beam trawler Mary Kate WD-30 which was purchased from Germany as (Evert Jan SC-30 and built as Maarten Senior SC-30)

Why I have done this as there has been no communication from Ireland to either Germany or Brussels on this outstanding issue, which is very much still alive, I have attached some correspondence which I hope you will read and I will make available all necessary reports, records, letters etc if needed.

As the Netherlands has launched an inquiry into the safety of Boom Cutters under 25 meters and notified its Government and EU, I recommend in the interests of health and safety that an inquiry should also be launched how a vessel with an up-to-date safety certificate, was still fishing and registered in Germany right up to being purchased + SBG + GL stability book be attached to a vessel 20 tons overweight which failed German/EU stability criteria by substantial margins that were so bad it could no longer fish which was verified by the Irish Marine Survey Office. That was proven beyond doubt could never have passed any safety criteria.

I am sending you all this email because most of you have ignored this for years in the hope it will go away. But I can assure you it won’t because I have done nothing wrong and am totally innocent person in this injustice that you seem quite happy to let befall my family.

Minister McConalogue pathetic answers to why he is ignoring a top EU officials letter to MEP Sean Kelly about using the European Fisheries Fund as compensation which I was also told in Brussels too , I can’t help because it would open the flood gates don’t you not get that there is nobody else, to it was a private transaction, based on the documentation from German State body which I might add was also accepted by the Irish Marine Survey Office and why he hasn’t spoken to Brussels about this to constantly saying it’s Department of Transport or why Foreign Affairs is afraid of contacting his German counterpart and saying it’s Fisheries I could go on and on but one last thing you have no interest in supporting an Irish Family to which you are bound when the citizens of Ireland voted you and you accepted to serve the people of Ireland so I think this injustice falls under that.

This extract from judgment in the High Court against me cancels out one of the excuses. In view of fact bg verkehr said second defendant Classification Society Germanischer Lloyd were “performing the tasks of the Federal Government” how can it be deemed a private commercial transaction between individuals!??? How can you treat me so badly I am a victim and are now a secondary victim and am victimised by our own government country and courts

What consideration was given to my right to an effective remedy which was denied by not being able to have a trial in any country or given any effective judicial protection and I must be the only person in the Eu who has no rights anywhere.

I have attached documents to fully back up my statements

Also, I will say that Brussels have been totally supportive in every way they can.

To the few who will reply I thank you and to the others you should be ashamed. 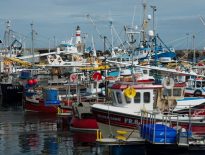 Latest News Research raises concerns over personal health in U… 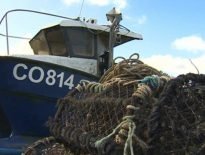