The Anglo-Irish Fish Producers Organisation (Anifpo) in Northern Ireland has welcomed the decision by Irish Minister for Agriculture, Food and the Marine, Charlie McConalogue TD, to commission a further five harbours in the Republic to the status of Designated Landing Ports.

Initially, post-Brexit, the Irish Government had only appointed two harbours, Killybegs in Co Donegal and Castletownbere in Co Cork, as designated landing ports where fishing vessels from third countries could land their catch, subject to both IUU and NEAFC regulations. The commissioning of five additional harbours now brings the total of designated landing ports to seven in the Republic.

As of 11.00pm GMT on 31 December 2020, the UK formally left the European Union, meaning that fishing vessels from Northern Ireland were now classified as being from a third country.

On 01 January 2021, the SFPA issued notices on all Irish harbours that vessels from the UK could no longer land catches or avail of services at Irish harbours outside of the designated landing ports.

These regulations would have caused great hardships and put lives in danger if fishing vessels from Northern Ireland and the north of Donegal had to sail to Killybegs to unload as most of their boats would not be designed for taking such long journeys.

After the fishing communities on both sides of the border lobbied the Irish Minister for the Marine and the Taoiseach to change the rules and add more designated landing ports, the announcement was made that the harbours at Greencastle, Rathmullan and Burtonport in Co Donegal would be commissioned for landing catches of non-quota species, with the further appointment of Ros a Mhíl (Rossaveal) in Co Galway and Howth in Co Dublin who now have the same status as Killybegs and Castletownbere.

The move by the Irish Government was welcomed by Anifpo in Northern Ireland, who themselves have appointed seven harbours as designated landing ports.

In a statement they wrote:

“Last week we said, ‘Where there is a will, there is a way’. This week we acknowledge that Charlie McConalogue TD, as Irish Minister responsible has shown willingness. Today’s welcome decision on designated ports is a step in the right direction. All we ask is for all fishermen based on this island to be treated with equal respect.

“We acknowledge the lead authorities in Northern Ireland took on this matter and the support of all politicians on both sides of the border who assisted, as well as RTÉ news.

“There will be more issues ahead – but in the spirit of the Protocol – to avoid a hard sea border aimed at fishermen, let’s all continue to show reason and willingness.” 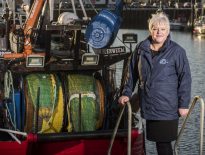 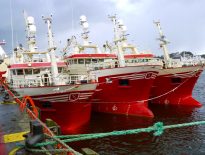