“All fishers should be treated in accordance with universal human rights” 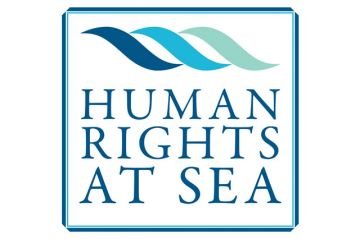 Human Rights at Sea is working for fishers right across the globe.

The need for improvement in the awareness, understanding and betterment of human rights standards in the global fishing industry and associated supply chains continues to be a focal point of advocacy by international supporters of the concept that ‘human rights apply at sea, as they do on land’.

As the founding principle and philosophy of the charity Human Rights at Sea since its establishment on 3 April 2014, there remains a constant need to widely socialise such messaging across the entire maritime environment, including in relation to the State adoptions and supply chain application of the Work in Fishing Convention, 2007 (C188) delivered by the International Labour Organisation.

The development of the Geneva Declaration on Human Rights at Sea has seen its exposure in European Institutions, as well as in European fisheries forums.

Most recently, a presentation given by Ment van der Zwan at the Pelagic Advisory Council (PelAC) at the PelAC meeting (04-03-2020) in Den Haag, The Netherlands, for the Working Group II meeting, opened with the four fundamental principles of the Geneva Declaration as part of the focus on social protection of fishers.

Ment was born in an old family of fishermen and net makers, leads the FISH Platform and was intimately involved in the development of the ILO 188 Convention. In relation to his work on the topic of social and human rights protections for fishers Ment commented to Human Rights at Sea;

“The European Union has introduced advisory councils relating to the common fisheries policy. The councils prepare and provide advice on the management of fish stocks on behalf of the fishing sector and  other stakeholders. They are composed of representatives of fishing vessel owners, trade unions, and non-governmental organisations.”

“Sustainable fishing is the aim of the common fisheries policy and should therefore be all about People, Planet, and Profit. Unfortunately the policy mainly focuses on protection of fish stocks and not enough on protection of fishers. This shortcoming of the policy is reflected in the work and advices of the advisory councils.”

“Although the current common fisheries policy, that was adopted in 2013, has not improved in respect of the protection of fishers, the social aspects of fishing, social in a broad sense, have attracted more attention since, in 2012, the social partners in the European social dialogue committee in sea-fishing made an agreement on implementation of the Work in Fishing Convention, 2007 (C188) of the International Labour Organization into the Union’s acquis.”

“The European Commission has shown sincere concerns about safety at sea in fishing and starting with the Long Distance Advisory Council (LDAC), I was invited to join the council’s meetings to explain the framework of international standards and responsibilities on safety at sea in fishing and fundamental rights at work. Next, I was invited to do the same for the Pelagic Advisory Council (PelAC).”

“The presentation I gave in a recent PelAC meeting is now made available by Human Rights at Sea to a wider public.”

“My ultimate aim is that fishermen, flag state nationals and migrant fishermen alike, are treated in accordance with universal human rights and the standards on safety at sea in fishing in its broad sense and that the next common fisheries policy incorporates the outlines of a responsible policy on safety at sea protecting life and property within the fishing sector. In other words: I am aiming at a fair balance between the protection of fishes and the protection of fishers and sufficient economic opportunities.”

The protection of human rights at sea rest on the following four fundamental principles:

“All fishers should be treated in accordance with universal human rights” 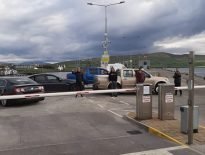