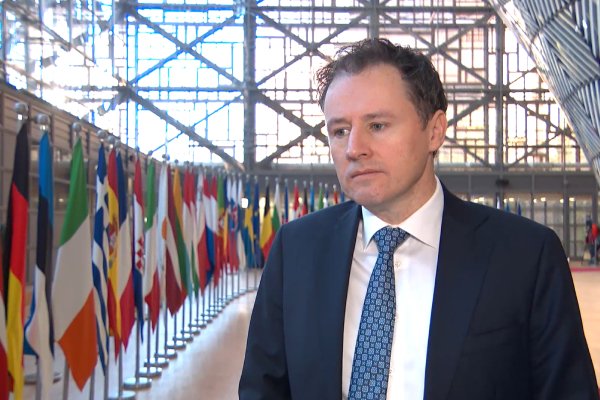 Speaking to reporters outside the Council meeting in Brussels today the Minister for Agriculture, Food and the Marine, Charlie McConalogue said that he doesn’t believe a resolution will be reached on the Nordic mackerel quota being claimed by Denmark.

“Certainly, we’ve been very good engagement over the last day with the Commissioner and his team, and I know there’s a lot of work underway, and certainly I hope for a positive outcome from the Council and by later this evening or tomorrow.

“Obviously for our fishers at home the December meeting, the stakes are always very high. There is uncertainty until it is over as to what the fishing opportunity would be for the year ahead. From an Irish perspective, we want to ensure that we continue the journey towards fishing at maximum sustainable yield, but also that we ensure that there’s certainly there in relation to our fishers, socio economic well-being as well. And I think we’re striking that balance well in terms of our engagement and look forward to positive outcome.”

Asked by a reporter how many quotas are going to be marked down as to be established due to the ongoing negotiations with the UK and Norway, the Minister replied:

“I know that the negotiations are ongoing at the moment with the UK, and there’s a lot of effort being put in. I know it will be all of our hopes coming out of this EU Council meeting that we can have clarity, but that remains to be seen. But our objective here is to have as many quotas actually clear as possible and to have clarity for our fishers, if at all possible, but that remains to be seen yet, but that’s what we’re all working towards.”

Pressed on the issue of the Nordic/Danish mackerel quota, Minister McConalogue said:

“We are very much discussing that at this Council meeting. I don’t expect it to conclude at this meeting, but we we’re engaging constructively. This is something that Ireland has been, and I as Minister have taken a very strong approach on, and we believe that in the absence of an agreement with Norway that transfer of mackerel, which has been fished the Danes and originally came from the western waters, that in the absence of an agreement, that transfer doesn’t take place. But the Commission have put a lot of work in in relation to establishing the position they’ve come forward at the last Council meeting with a paper with a number of options and we’re engaging constructively with the Commission in relation to that. But it’s unlikely to be resolved to think of this Council meeting.” 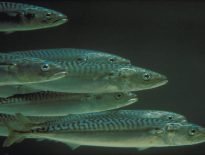 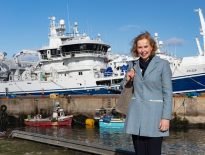