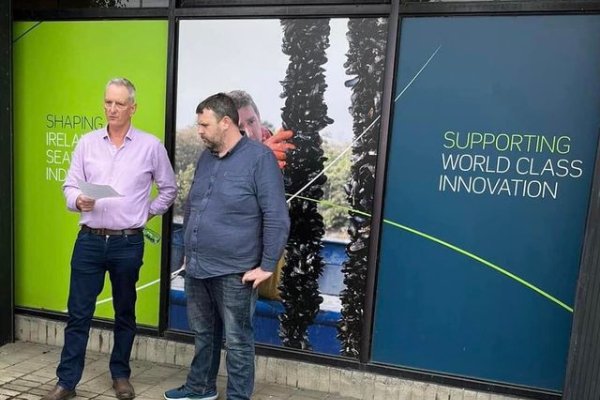 “Last week we witnessed yet another outrageous case of the authorities in Ireland’s seafood sector attempting to exclude certain industry representatives, in this case from participating in a meeting that will play a major part in the future of the shellfish industry.

Donegal men Gerard Kelly and Raymond McGuinness, both with a lifetime’s experience of working in the mussel industry were refused access at BIM offices in Dublin to a meeting entitled “Shaping Ireland’s Seafood Industry” and even Minister McConalogue could not provide an acceptable explanation following this disgraceful occurrence.

With Mr Kelly planning to present a projection on how he could instigate industry growth in this sector by some €40m if BIM and DAFM would hear his proposals (an idea which he previously presented at a BIM Mussel workshop in Westport several weeks earlier), to be turned away at the door by a ‘bouncer’ like they were some kind of undesirables trying to get into a nightclub is not only unprofessional by BIM but is a slap in the face to the Irish coastal communities who already feel disenfranchised due to the core management of all sectors of Ireland’s catching, processing and aquaculture being under the control of senior officials at the Dept. of Agriculture, Food & Marine.

How long must the Irish marine industry suffer under a tyranny of ONE civil servant being in complete control? – and deciding who, or who doesn’t, get access to forums, task forces, committees and, rather than allow genuine people working to achieve something FOR the industry, it appears that a majority of a carefully selected core will ‘follow the party line’ and never challenge the system.

The IFSA itself has long experienced the kind of treatment that Mr Kelly & McGuinness saw last week but, in the IFSA’s case at least, the Minister has come to accept that this independent voice for the industry is not going away any time soon and he actually made reference to the IFSA in a recent Donegal radio interview – thereby at least admitting to the existence of the organisation.

But does this mean that Kelly & McGuinness, and anyone else who wants to participate in forums or be on committees, will have to fight against being excluded from something that is being constructed behind closed doors that will decide the future of these people and their families for generations to come?

I believe that it matters little whether the proposals from Kelly & McGuinness are viable or not (although I’m led to believe that they have the potential to be highly beneficial to this sector), the fact remains that these people, highly respected in their area of expertise, are being excluded from important meetings that will decide the future of their, and their colleagues’, business ventures.

This latest situation is indicative of all DAFM appointed panels of the last decade where we see a very small minority of the committee members originating from the actual sector under discussion – apparently everyone gets a say except the people actually affected by the outcome.

The people of this industry have had enough of the ‘old boys’ network’ in this regard and the day is fast approaching when the cancer at the core of all of Ireland’s marine industry problems will be rooted out.” 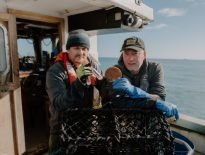 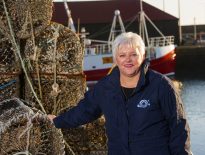