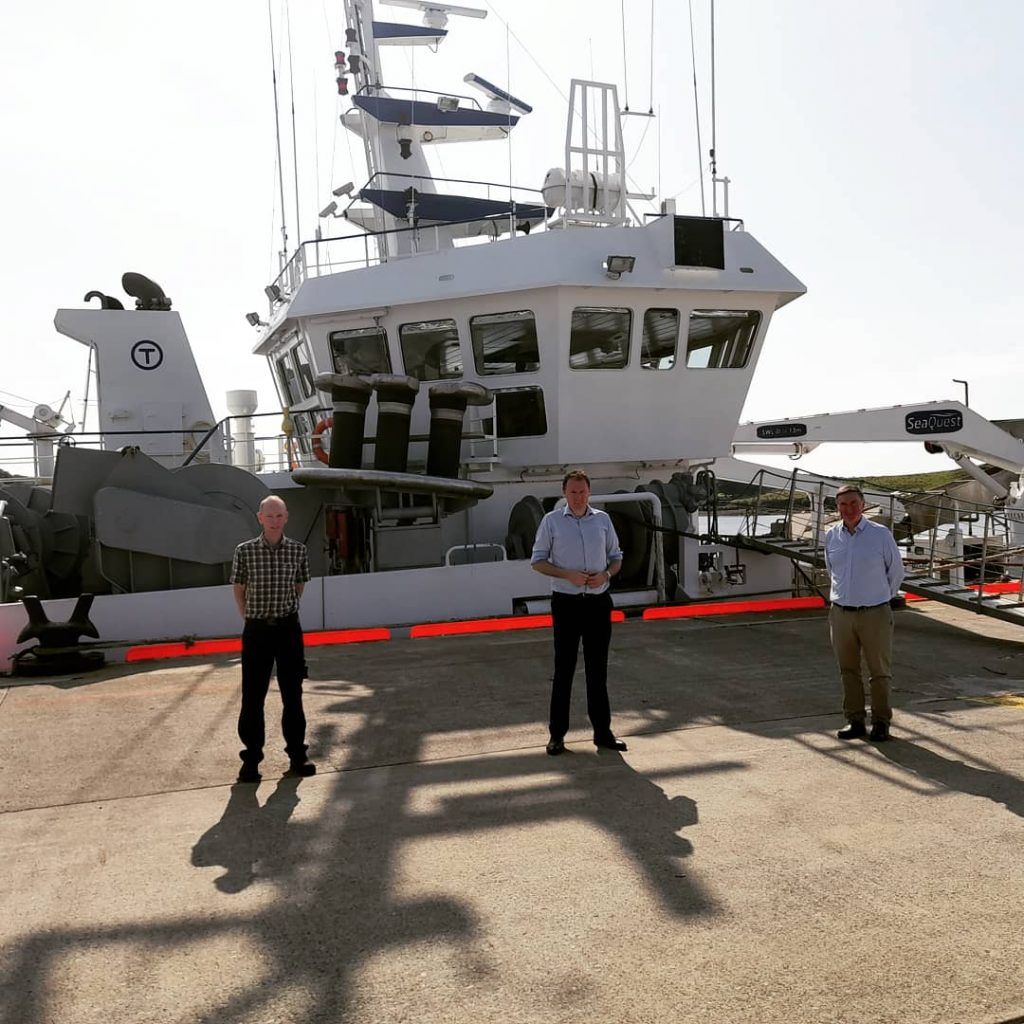 Minister McConalogue during his visit to Killybegs

The Minister for Agriculture, Food and the Marine and Donegal T.D., Charlie McConalogue, visited Killybegs for a day of engagements on Friday 23rd July.

The Minister started the day visiting the Harbour Centre and met the Harbour Master, lead officials on works to the harbour and the SFPA. In May the Minister announced almost €9m in funding for work to Killybegs Harbour including €6.5m for phase two of the Smooth Point Pier Inspection which he visited on his tour of Killybegs.

Throughout the day the Minister met with the IFPEA, the KFO and inshore fishers including NIFA and NIFO representatives and boarded a vessel and visited a processing factory.

At the new pier work in Killybegs

“I had a constructive day of meetings with fishers and fisher representatives throughout my visit to Killybegs. It was great to also take an opportunity to view the ongoing infrastructure projects to the harbour and to see progress on these projects.” 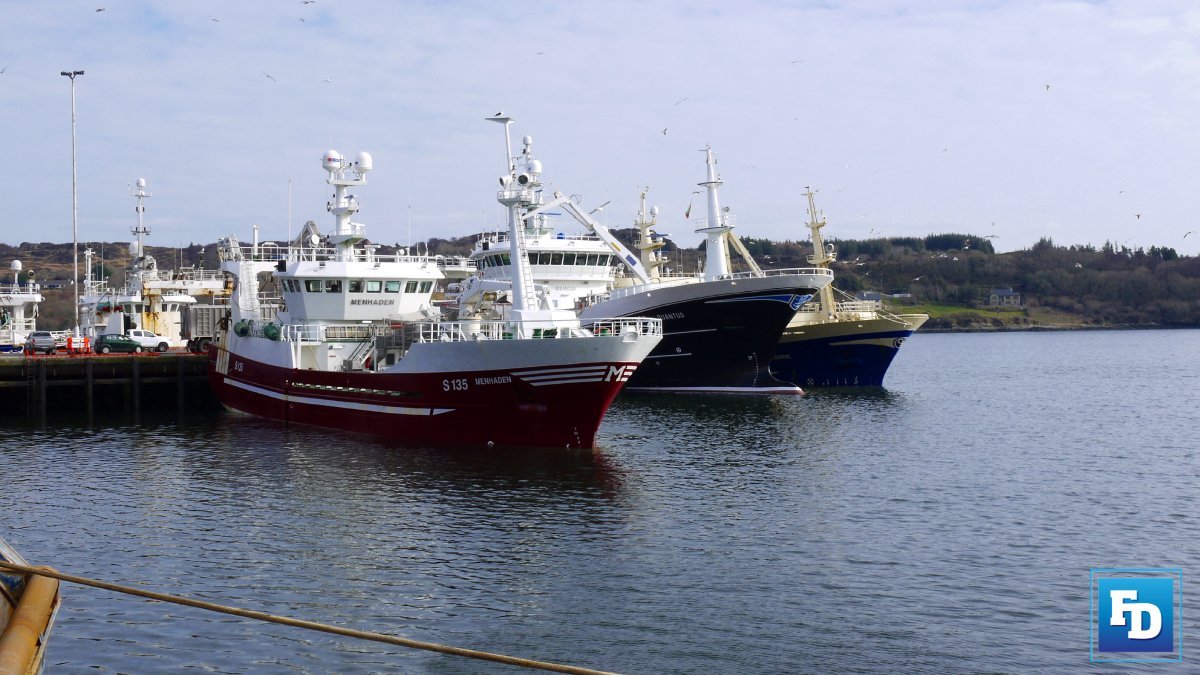 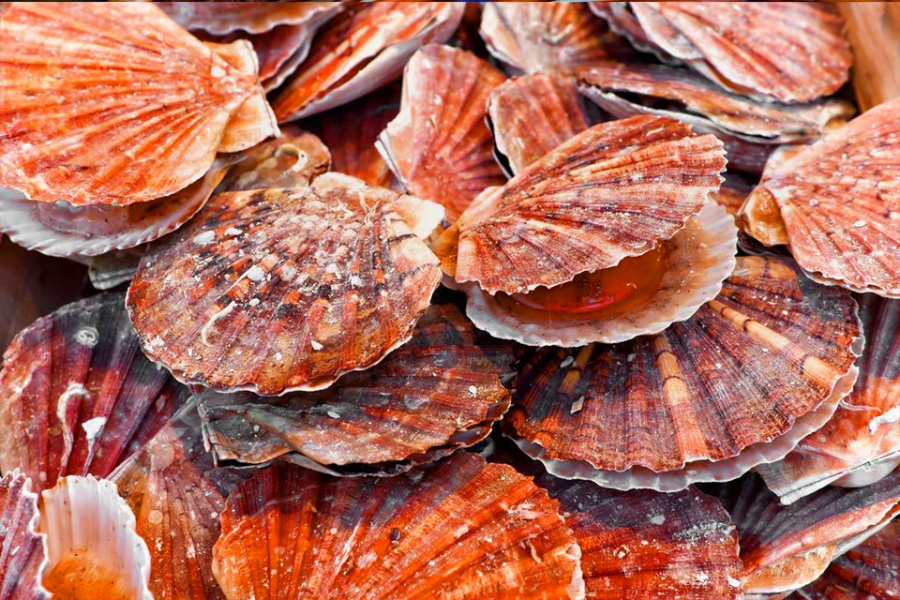 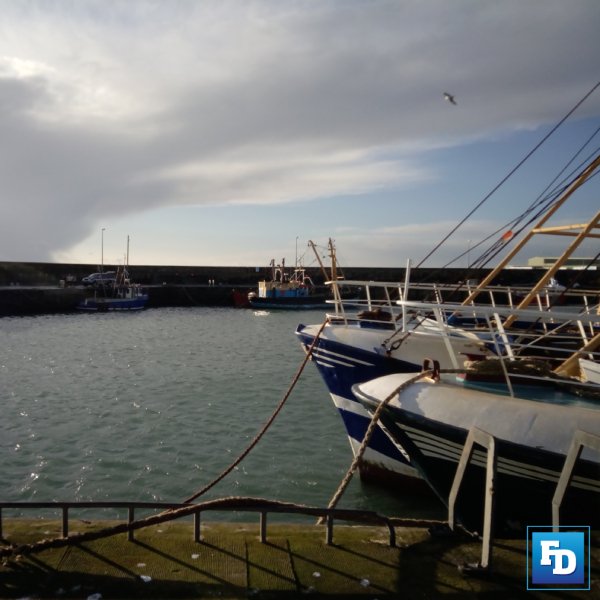 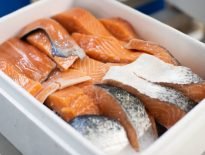 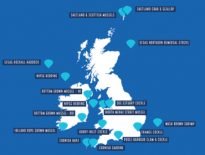