The Icelandic Direcorate of Fisheries has responded to criticism of their monitoring of fishing vessels. Photo: Sigtryggur Ari

The National Association of Small Boat Owners has harshly criticized the surveillance method and says that non-discrimination is not observed in camera surveillance, nor is the principle of proportionality applied. LS reserves the right to apply to the Data Protection Authority for this new method of the Directorate of Fisheries.

The announcement from the Directorate of Fisheries traces the reason and background to the drone use. It is also stated that the equipment is always controlled by a fishing inspector who is present and sees the footage from the drone’s camera in live stream.

“On the one hand, there is real-time monitoring where footage is not collected and, on the other hand, the collection of footage in cases where there is a suspicion of deviations from laws and regulations. Recording is therefore not activated except in cases where the inspector has seen a violation.“

According to the instructions of the Data Protection Authority

The processing of footage is carried out in accordance with current rules and instructions from the Data Protection Authority.

It is also stated that the Directorate of Fisheries carried out an assessment of the impact of the processing on privacy before the use of drones began and considered the risk to be low. Inspectors had then been instructed on personal data protection and the Data Protection Authority had been contacted regarding the use of drones.

The Directorate of Fisheries also received references from the skipper regarding the discussion on drone surveillance:

That word goes from the Directorate of Fisheries that drones they want to exploit.

Then all halibut kills can be solved and also watching people shit. 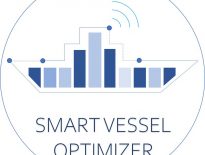 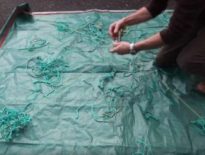 Europe Fishing Industry ‘Forget me knot’ – fishers from Scotland to …
0