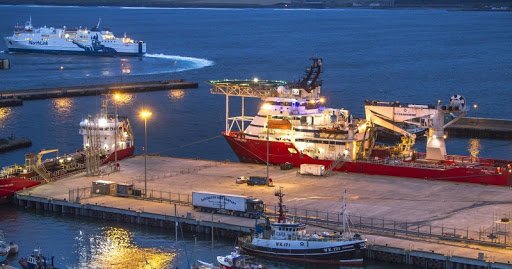 The Orkney fishing vessel at the centre of the Orkney COVID-19 cluster had berthed at Scrabster. Photo: Scrabster Harbour

Scrabster Harbour Trust manager, Sandy Mackie claims there has been “wild inaccuracies” in regards to social media posts linking the port with the COVID-19 outbreak in the Orkney’s.

Speaking to the John O’Groat Journal he stated that the fishing vessel involved made  “a controlled berthing in a restricted area at Scrabster” on Wednesday, 12 August, and stressed that all established port protocols for dealing with COVID-19 and vessels had been followed.

It is understood that the fishing boat was on its way back to Orkney from Peterhead – was in the Caithness port for a total of 75 minutes.

The trust manager has confirmed that the trawler had been in Scrabster on two occasions during the same week, but was unable to make any further comment.

The John O’Groat Journal found that marine records show the vessel originally arrived at the local port on Sunday, 09 August, leaving in the early hours of Monday morning, before returning under the controlled berthing two days later.

Mr Mackie stated that contact had been made with public health bodies and Highland Council.

“Where any vessel, prior to arriving at Scrabster, has alerted possible COVID-19 links these protocols have been followed,” he said.

“This involves communication between the trust, vessel and health agencies to establish the information.

“Based on that information the trust has followed the guidance from the public health bodies on how to respond and taken the recommended actions for the protection of our staff, port users and the general public.

“No vessel would be allowed to berth without the correct procedure being fully followed.”

He added: “We are aware of social media posts linking the harbour to the current Covid-19 outbreak in Orkney. There are wild inaccuracies in the information.”

The crew have also been subjected to criticism on social media and had been accused of taking the virus from the mainland. They have been defended by fishing industry leaders and politicians.

Dr Tim Allison, NHS Highland’s director of public health, said: “NHS Highland is working closely with NHS Orkney in the context of the overall programme of Test and Protect in Scotland and we are addressing issues relating to local residents. We are aware that the fishing boat was at Scrabster and are confident that all the correct precautions were taken.” 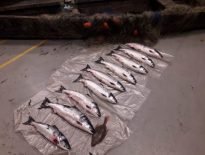 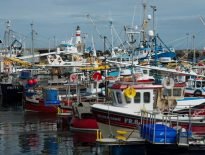