What would an EU-Norway Fisheries Agreement model mean for the UK? 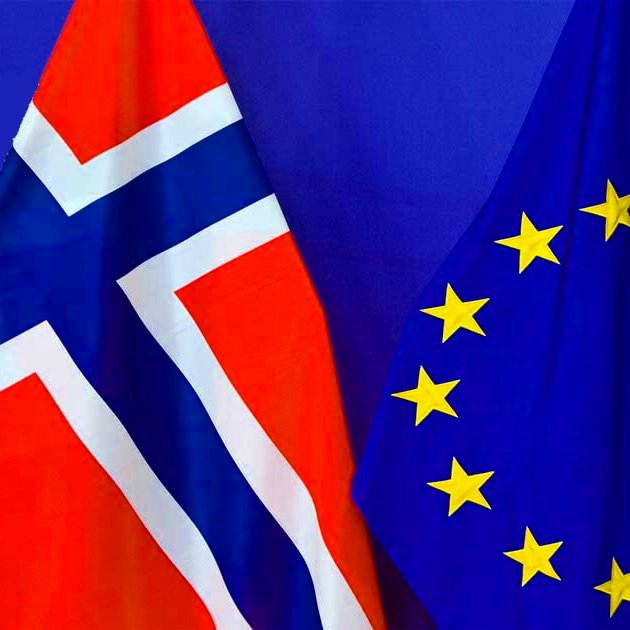 Has the EU-Norway Fisheries Agreement model been misunderstood by the UK Media?

Campaigners in the UK who want a post-Brexit ‘EU-Norway Fisheries Agreement’ style deal with the EU have been warned by a former Norwegian government official, that the package is not all it has been made out to be by the UK media.

Many campaigners in the UK have called for a fisheries deal between Britain and the European Union based on the deal the EU has in place with Norway for nealy 40 years now.

But the UK government want a deal where fisheries access and quotas are negotiated annually and this has been an issue for the EU negotiating team led by Michel Barnier.

Former Fisheries Counsellor at the Mission of Norway to the EU in Brussels, Lidvard Gronnevet writing in response to an article printed by the Financial Times on the 3 July called “Barnier hints he is ready to address UK’s red line on European court”,  says that Norway’s fishing model mirrors that of the EU’s and one of those similarities is the fact that the EU-Norway Fisheries Agreement does not provide for annual negotiations over access, one of the red lines in fisheries negotiations the UK has insisted on.

He writes “Amid reports that fisheries is a key sticking point in the Brexit negotiations, what is the “Norwegian model” we hear the UK calling for (“Barnier hints he is ready to address UK’s red line on European court”, Report, July 3)?

“As former fisheries counsellor at the Mission of Norway to the EU in Brussels during negotiations in 1993-94, I can tell you that contrary to popular belief, this EU-Norway agreement does not provide for annual negotiations over access.

“It is a long-term framework agreement on sharing of quotas in the North Sea and the principle of reciprocal access to fishing in each party’s exclusive economic zones.

“What does this mean in practice?

“While there are annual “negotiations” between Norway and the EU, these focus on the total yearly quotas and relevant management issues — and not on the sharing of stocks in the North Sea.

“With the UK, the EU wants a framework for the management of shared fish stocks, as well as conditions on access to waters and resources.

“The UK position seems to be different — calling for everything to be agreed on an annual basis.

“The “Norwegian model” is then in fact more in line with the EU view as stated in its Brexit negotiating mandate.”

On the ‘EU-Norway-model’, Erik Lindebo, a Policy Officer at DG MARE best described it as a “a long-term framework agreement on sharing of quotas in the North Sea and the principle of reciprocal access to fishing in each party’s EEZ.”

The EU’s negotiations with the UK on the future relationship between the two blocs have not borne fruit over the contentious issue of access for the EU fleet to UK waters.

Michel Barnier has stated that he respects the UK’s decision to leave the EU and that the EU recognises the UK’s position as an independent coastal state which leads to a further misconception reflected in the Financial Times article, where it is said “Brussels is determined to preserve rights for EU fleets in the UK’s territorial waters…”

Later in the article the author shifts to “Notably, the EU has shifted from trying to uphold all its existing rights in British waters to prioritising a stable, long-term solution for its fishing fleet even if the volumes it can catch are lower than before Brexit.”

Officials in the EU have said that they are not trying to preserve a right for EU fleets in UK territorial waters but instead are trying to establish balance and reciprocal access.

Under an ‘EU-Norway fisheries agreement’ model the UK would be obliged by law to work with the EU on the conservation of fish stocks and work towards “establishing a mutually satisfactory balance in their reciprocal fisheries relations.”

If the UK and the EU were to settle on a deal based on the ‘EU-Norway Fisheries Agreement’ model it would be similar to the Agreement below:

between the European Economic Community and the Kingdom of Norway

THE EUROPEAN ECONOMIC COMMUNITY (hereinafter referred to as ‘the Community’),

AND THE KINGDOM OF NORWAY,

RECALLING the close relations between the Community and Norway;

CONSIDERING their common desire to ensure the conservation and rational management of the fish stocks of the waters adjacent to their coasts;

TAKING into account the work of the Third United Nations Conference on the Law of the Sea;

AFFIRMING that the extension by coastal states of their areas of jurisdiction over the living resources, and the exercise within these areas of sovereign rights for the purpose of exploring, exploiting, conserving and managing these resources, should be conducted pursuant to and in accordance with principles of international law;

HAVING REGARD to the fact that Norway has established with effect from 1 January 1977 an economic zone extending to 200 nautical miles off its coast, within which Norway exercises sovereign rights for the purpose of exploring, exploiting, conserving and managing the resources thereof, and that the Community has agreed that the limits of the fishing zones of its Member States (hereinafter referred to as the area of fisheries jurisdiction of the Community) shall extend up to 200 nautical miles, fishing within these limits being subject to the common fisheries policy of the Community;

DESIROUS of establishing the terms and conditions under which their fisheries relations shall be conducted in the future;

HAVE AGREED AS FOLLOWS:

In the event of a significant distortion of the fishing patterns of one Party in areas crucial to the achievement of a mutually satisfactory balance in the reciprocal fisheries relations between the Parties, the Parties shall promptly enter into consultations with a view to securing the continuance of reciprocal fisheries relations. If, within three months from the request for consultations, a solution satisfactory to the Party which has requested consultations, is not found, that Party may, notwithstanding the provisions of Article 13, suspend or terminate the Agreement on giving 30 days notice.

The competent authorities of each Party shall communicate in due time to the other Party the name, registration number, and other relevant particulars of the fishing vessels which shall be eligible to fish within the area of fisheries jurisdiction of the other Party. The second Party shall thereupon issue licences in a manner commensurate with the possibilities for fishing granted under Article 2 (1) (b).

Fishing vessels of one Party shall, when fishing within the area of fisheries jurisdiction of the other Party, comply with the conservation measures, other terms and conditions, and all rules and regulations governing fishing activities in that area. Appropriate advance notice shall be given of any new measures, terms, conditions, rules or regulations.

The Parties undertake to cooperate to ensure proper management and conservation of the living resources of the sea, and to facilitate the necessary scientific research in this respect, in particular with regard to:

The Parties agree to consult on questions relating to the implementation and proper functioning of this Agreement, or in the event of a dispute concerning the interpretation or application thereof.

This Agreement shall be without prejudice to other existing Agreements concerning fishing by vessels of one Party within the area of fisheries jurisdiction of the other Party.

Nothing contained in this Agreement shall affect or prejudice in any manner the views of either Party with respect to any questions relating to the law of the sea.

This Agreement shall enter into force on the date on which the Parties notify each other of the completion of the procedures necessary for this purpose. The Agreement shall, pending its entry into force, be applied provisionally from the date of signature.

What would an EU-Norway Fisheries Agreement model mean for the UK? 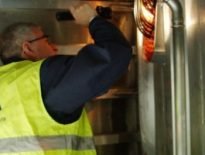