Unsupported views from minority leading to victimisation of fishing families 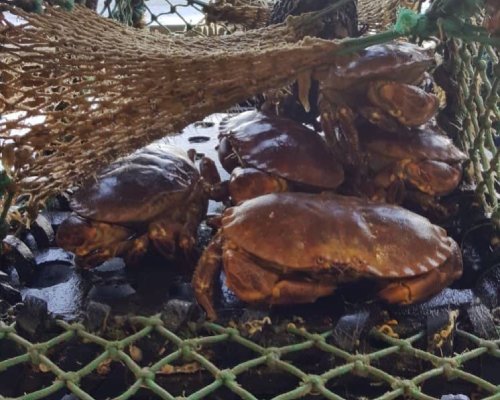 Leading Independent Fisheries Consultant, Terri Portmann, has taken issue with the culture in news writing that puts “spin before substance”.

In the article Mackey speaks to Scottish fisherman Bally Philip, who works along the west coast of Scotland.

Philp’s claims that trawlers have destroyed the seabed. He claims, “It’s a desert” and “Fish Stocks have collapsed. There’s basically nothing left down there but shellfish”. The article goes on to claim that “Everything else is gone, plundered by trawlers”. 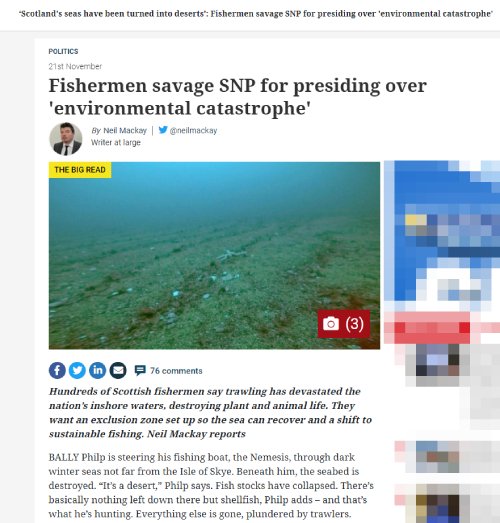 “Philp, national co-ordinator of the Scottish Creel Fishermen’s Federation, which represents 400 fishermen across Scotland, lays the blame squarely with the Scottish Government,” says the Herald article.

The West Scallop Group tweeted, “The fact is that the majority if creel fishermen are not members of SCFF nor in the main, do they support its views.”

In her opinion piece, Portmann says that this article was a missed opportunity for the Scottish Herald to offer its readers a balanced piece of journalism by providing a view from fishermen and organisations that do not share Mr. Philp’s view.

As a consequence of “spin before substance” reporting, fishing families have become victims of bullying and social exclusion, especially amongst young people at school.

Entitled, “When Scottish fisherman’s young children are being bullied by their school mates for their parents’ occupation, it is well past the time to simply look away and say nothing”, Ms Portmann writes:

Our planet’s ecosystems are in trouble, our oceans are warming, weather patterns are changing, and it is an entirely human response to want to arrest this crisis.

But the challenges faced by our oceans will not be solved by ‘hot air’.

Neil Mackay’s 21st November (https://www.heraldscotland.com/politics/19731260.fishermen-savage-snp-presiding-environmental-catastrophe/) is the latest article that puts spin before substance, and I fear will only add heat to an already inflamed debate.  It was a missed opportunity for the Herald to offer its readers balance by providing a view from fishermen and organisations that do not share Mr. Philp’s view. While this publication may see Marine Scotland as the main protagonist with a right to reply, a quick look at comments and social media demonstrates that yet again it is hard working fishermen in the firing line.

Facts, matter. There can be no doubt that fisheries and the marine environment is a complex subject both to explain and resolve. It is essential that we are all honest about what we think, and what we can prove.

All scientists are created equal, but some are more equal than others. It is lazy and wrong to produce a narrative of simple soundbites to whip up public support. This too, won’t save our oceans. So, while it is essential that all voices are heard on this, my advice is simple: look for those that offer evidence to support their positions, then go challenge that evidence! With no scientific background, I led two judicial reviews that overturned dredging licenses where applicants spent thousands on scientific opinion. It has also been my absolute pleasure to work with some great marine scientists.

Be careful what you wish for, you just might get it. I’m continually disappointed when I read articles that proclaim creeling “is the sustainable way to fish” as if simply removing towed activity from an area is an absolute solution. It is not. One unintended consequence of closed trawling areas is that they become safe havens for static gear, this can lead to an explosion of the number of pots and nets. Some of the first areas down south to restrict trawlers have static gear fishermen now looking to regulators to see what can be done to restrict the number of boats and gear used in an area as their catches and incomes fall.

Everyone thinks their crow is blacker. The seabed is impacted by all gear that touches it. Those impacts will depend on the type of gear, and habitat. As mentioned, I am no scientist, but I can see that dropping a dredge on a serpulid reef isn’t good. But it is difficult to see how dragging 50-100 creel pots on a string across the same ground to haul is either. 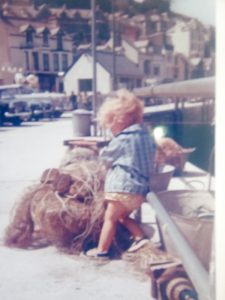 The picture accompanying this article is me, 50+ years ago sticking my nose into someone’s nets on the quayside in Looe, Cornwall where I grew up. My father, having demobbed from the RAF moved to Looe and took an engineering job in the town’s pilchard factory, mother was a ‘canning girl’. By the time I was born the pilchards, and the cannery were long gone. But now the SW of England has a healthy and successful MSC certified Sardine fishery (aka pilchards) which is under careful management. At the time of this picture my fishing village was so full that someone had to sell a boat for you to be able to get a mooring. It now has but a handful.

Scotland’s fishing communities will be full of these stories, rich and proud fishing heritage and rebounding stocks too. The steep decline in the number of fishing vessels and fishermen over the past 50 years has been a heavy price paid by fishing communities everywhere. But what is left, is one of the most highly regulated industries with stocks supported by robust monitoring and science.

The debate between fishermen saying it is all going too far and fast, and others that it is not going far or fast enough will continue, of that, I am sure. But when those debates take the form of campaigns, and those campaigns use unsubstantiated claims, and half-truths, that lead to young children being bullied for their father’s work, it’s time to stop and take a long, hard look at your approach.

So, to all involved, please, be honest, and kind.

Unsupported views from minority leading to victimisation of fishing families 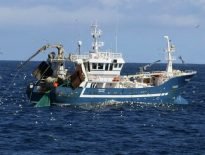 Latest News Herring fishing continues in the north for Norwegi… 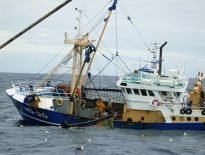