The UK and the EU are on a collision course for a crash-out ‘No-Deal’ Brexit as it becomes clearer that both sides look unlikely to agree on fisheries.

This week, EU Chief Negotiator, Michel Barnier has accused the British government of cherry picking parts of the EU single market without its obligations.

Over the past four rounds of Future Relationship Negotiations, there has been no progress on negotiations in regards to fisheries and the UK does not look likely to change their stance on joining fisheries and trade into one package. The lack of clear progress has left the EU Chief frustrated as the clock ticks down.

Yesterday, Friday 12 June, the Foreign Affairs and Trade Committee MEPs reiterated their overwhelming support for the EU position in the talks between the European Union and the UK on their future relationship.

The MEPs continued support for the EU’s mandate comes on the same day that Chancellor of the Duchy of Lancaster and Minister for the Cabinet Office 2020, Michael Gove chaired a EU Joint Committee meeting with Maroš Šefčovič.

Gove said “I formally confirmed the UK will not extend the transition period & the moment for extension has now passed. On 1 January 2021 we will take back control and regain our political & economic independence.”

Maroš Šefčovič said that although the UK has decided not to extend the transition period, the EU “remains open” to extending talks past 31 January 2020.

In a draft resolution, adopted by the Foreign Affairs and Trade Committee MEPs ahead of the 15 June High Level Conference with UK Prime Minister Boris Johnson, European Council President Charles Michel, Commission President Ursula Von der Leyen and with the participation of EP President David Sassoli took stock of the achievements of the negotiations up to this point, MEPs regret that no real progress has been achieved so far and that the divergences remain substantial.

They warn against the UK government’s current piecemeal approach and emphasise that a comprehensive agreement is in the interest of both parties. Having the UK cherry-pick certain policies and its access to the single market after Brexit is “unacceptable” for the EU, says the text.

The draft resolution also reiterates Parliament’s full support for the EU’s Chief Negotiator Michel Barnier in his talks with the UK, based on the political mandate given to him by the EU member states and Parliament resolutions.

The faithful implementation of the Withdrawal Agreement, including on citizens’ rights is a precondition to ensure the trust needed to conclude a deal on the future relationship, notes the text.

MEPs also call on the parties to ensure a strict implementation of the Protocol on Ireland and Northern Ireland.

The text emphasises that Parliament’s consent to any future trade agreement with the UK is conditional on the British government agreeing to a level playing field (common rules and standards) in the area of, among others, environmental protection, labour standards, and state aid, and on the conclusion of an agreement on fisheries. The UK has so far not engaged in negotiations on the provisions ensuring equal competition, the draft notes.

The draft resolution, involving input from 17 specialised committees and Parliament’s United Kingdom Coordination Group (UKCG), was passed by 85 votes in favour, six against and 17 abstentions.

The text will be available in full here.

David McAllister (EPP, DE), Chair of the UKCG and of the Committee on Foreign Affairs

“The report that has been adopted today in the Committees on Foreign Affairs and International Trade, and which incorporates the opinions of no less than 17 committees, delivers a clear and strong message of unity ahead of the plenary vote next week. The European Parliament stands firmly behind the EU Chief Negotiator. The UK Government needs to start translating the Political Declaration into a comprehensive and fair agreement that lays the foundations for a long-term, mutually beneficial relationship. This agreement must be premised on the effective implementation of the Withdrawal Agreement and of its three Protocols. The High-Level Conference is a good opportunity to give new impetus to the negotiations.”

Bernd Lange (S&D, DE), Chair of the Committee on International Trade, member of the UKCG

“The European Parliament is very clear in its strong preference for a comprehensive economic and political partnership with the UK reflecting the interconnectedness of our economies, the geographic proximity, the common values of the EU and the UK and the Political Declaration of 2019. Now is the time of truth and the European Parliament stands united with the European Commission and the Council in rejecting the piecemeal approach by the UK government to these negotiations leading to separate agreements. In this respect, it is no surprise that the EP will reject a trade agreement that does not include robust guarantees for fair competition and fair trade.”

“The UK’s expectation to keep the benefits of a member state without agreeing to any obligations, including a clear level playing field and governance provisions, is simply not realistic. The UK made a conscious decision to leave the single market. We respect this. So should the United Kingdom.

It is now time for the UK government to deliver on its own promises of a comprehensive agreement and fair competition with clear social, environmental and labour protection in which the European Court of Justice remains the sole interpreter of EU law. This is what Prime Minister Johnson and the EU signed up to only months ago in the Political Declaration. None of this should be in any way controversial. The EU continues to stand ready to negotiate in good faith. An ambitious and comprehensive future partnership is in the best interest of both EU and UK citizens.”

“The full, effective and timely implementation of the Withdrawal Agreement is not only a non-negotiable pre-condition for the conclusion of a deal, but it is also a litmus test for the good faith that the UK brings to the negotiations on the future partnership. We need to see clear progress well before the end of the transition period. Failing to properly implement the Withdrawal Agreement would leave citizens on both sides of the Channel in the cold, endanger the Irish peace process and unravel the integrity of the Single Market. Parliament will make sure this does not happen.” 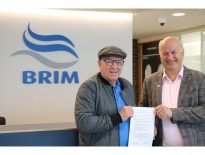 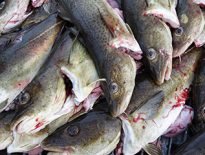