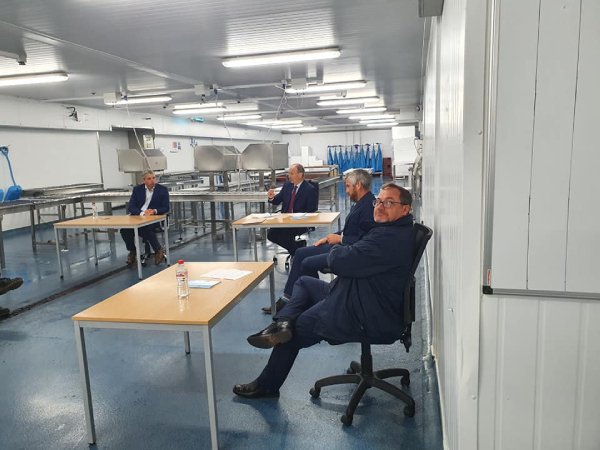 Taoiseach Michael Martin yesterday met with the fishing industry in Castletownbere to listen to their concerns regarding the Common Fisheries Policy and the reduction of fishing quota the industry has suffered under the EU-UK Trade and Cooperation agreement.

The meeting had been arranged by west Cork and Fianna Fáil TD, Christopher O’Sullivan who said, “I want the Taoiseach to hear first-hand from people whose livelihoods have been severely impacted by recent events. He will also meet with members of the inshore fishing fleet.”

On the visit by An Taoiseach, CEO of the Irish South and West Fish Producers Organisation, Patrick Murphy said, “The Irish South and West wish to thank West Cork Deputy Christopher O Sullivan for following through on his promise to bring Taoiseach Michael Martin to Castletownbere to meet with fishermen to hear first-hand what is their frustrations with the Common Fishery Policy.

“A European policy that gives them only 15% of fish allocated to them by Brussels, primarily caught in our waters, followed by the unfair burden sharing foisted on them following the Brexit TCA agreed on Christmas eve by the EU Commission forcing Ireland to pay double and treble the amounts the countries who have 85% of the quota primarily caught in Irish waters.

“The Irish South and West wish to thank the Castletownbere Co-op for inviting members of the Organisation to attend the meeting with the Taoiseach Michael Martin, West Cork Deputy Christopher O Sullivan and Senator Tim Lombard in the factory that ensure the meeting met with Covid guidelines

“This was a welcome engagement with many issues presented by Co-op manager John Nolan to the Taoiseach, it was unfortunate however he had only an hour to raise the issues as for this passed too quickly.

“All credit is due to the Taoiseach for staying on for an additional thirty minute to engage with the fishermen present giving their personal views and explaining the difficulty they are facing each and every day struggling to pay their bills and pay their crews.

“I look forward to speaking online with the Taoiseach on Monday next as part of the Government’s wider commitment to ongoing social dialogue with different sectors as part of an Industry wide consultation to raise with him some of our critical issues we handed to his office on May 26th past.” 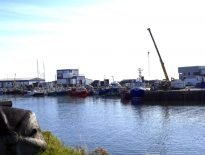