Sustainable fishing State of Play and Orientations for 2022 – EU Commission 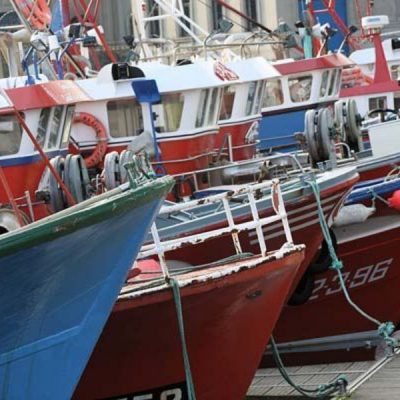 The Commission Annual Communication: “Towards more sustainable fishing in the EU: state of play and orientations for 2022”

Why is the Commission reporting on the state of play and on the basis of which indicators is the assessment made?

The EU is now in the eighth year of the implementation of the reformed Common Fisheries Policy. To satisfy the legal reporting obligations set out in Regulation 1380/2013, and to assess the progress made towards the achievement of its main objective, notably sustainability, the Commission adopts this Communication every year. The Communication reports on this by looking at:

Ensuring that the exploitation of living marine biological resources restores and maintains populations of harvested species above levels that can produce the maximum sustainable yield (MSY), is the key objective of the Common Fisheries Policy (CFP). This also contributes to achieving good environmental status in European seas in 2021.

What is the state of play on the economic performance of the EU fleet?

Overall, the EU fleet remained profitable in 2020, reporting healthy gross and net profit margins of around 26 % and 14 % respectively or close to €1.5 billion of gross profits and €800 million of net profits. This indicates a strong resilience, thanks to a combination of low fuel prices and the sector’s efforts in previous years to achieve Maximum Sustainable Yield (MSY). This is a clear illustration of the benefit of an EU blue economy driven by sustainability.

In particular, socio-economic data suggest that the economic performance and salaries of EU fishers tend to improve where fleets depend on stocks that are caught sustainably and tend to stagnate where stocks are overfished or overexploited.

There are marked differences in performance across fleet categories and fishing regions. Fleet segments operating in the Atlantic and North Sea registered higher economic performance than those in the Baltic and the Mediterranean, where numerous stocks still face overfishing or overexploitation issues.

How was the EU fleet affected by the coronavirus pandemic?

The Covid-19 outbreak and the resulting decline in demand and disruptions in the supply chain interrupted the positive trends seen in recent years. Estimates suggest that the economic performance of the EU fleets declined in 2020 – by 17% in landed value, 19% in employment and 29% in net profits compared to 2019.

The Commission provided rapid support to the sector through amendments to the European Maritime and Fisheries Fund (EMFF) to allow for compensations payments with €136 million in 22 Member States released for Covid-19 support measures under EMFF. 61% of the funds were spent on temporary cessation support, 17% on compensation to aquaculture producers and 14% on support to the processing sector. A temporary State aid framework and support from the European Regional Development Fund were also made available.

What is the impact of Brexit?

Following the UK’s departure from the EU, a large majority of the Atlantic and North Sea stocks are no longer decided upon by the EU exclusively.

The Trade and Cooperation Agreement (TCA) with the UK was concluded in late 2020. This did not leave enough time for concluding EU-UK consultations on fish quotas for 2021. Pending agreement on the shared stocks, provisional TACs, based on scientific advice, were set for the period until 31 March 2021. These were subsequently extended to 31 July 2021, while the conclusions of other consultations (EU-UK-NO, EU-NO, coastal states) were fed into the TAC Regulation for the whole year.

On 2 June 2021 the EU and the UK concluded the negotiations on an agreement in principle setting out catch limits for jointly managed fish stocks for 2021. Aiming for high sustainability standards is  key to ensure sustainable exploitation of resources and pursue a level playing field for the EU industry given the strong interlinkages between the EU and the UK fleets in the waters concerned.

The TCA provides a strong basis for the sustainable management of shared fish stocks. The EU will seek to realise that ambition in annual consultations on fishing opportunities and through the Specialised Committee on Fisheries established under the TCA. The TCA implementation will be guided by the EU positions in the Specialised Committee, among others in developing the guidelines to be followed when setting provisional TACs for ‘special stocks’, i.e. stocks for which the International Council for the Exploration of the Sea (ICES) advises a zero TAC; stocks caught in a mixed fishery if that stock or another stock in the same fishery is vulnerable; or other stocks which the Parties consider require special treatment.

Consultations with the UK will take place between September and November this year, aiming for a timely conclusion ahead of the December Council, where the Commission hopes to include the results into the 2022 TAC Regulation.

What are fishing opportunities? How are they set?

Each year the Commission tables the so-called Total Allowable Catches (TACs) to be applied the following year to most commercial stocks in EU waters except the Mediterranean Sea. The proposed amounts are based on scientific advice and economic analysis from independent bodies. Later in the year, the Council composed of the Fisheries Ministers of each Member State makes a final decision on these TACs. Once fixed, the amounts are divided up among Member States according to pre-agreed shares, the so-called quotas. Member States manage the national quotas and allocate them among the fishing industry, as a right to fish and land a certain amount of fish within the calendar year.

Where does the scientific advice come from?

Fishers and national administrations provide data on their catches and fishing activity, which are used by fisheries scientists who then assess the state of the stocks. The scientists also use samples from commercial landings and from discards, and they use research vessels to sample the amounts of fish in the sea in different sites and at different times of the year, independently from the fishing activity. They determine the state of the stock and then calculate how much should be fished the following year to ensure sustainability. This work is done through the International Council for the Exploration of the Sea (ICES), an independent body that provides the Commission with the scientific advice. In some cases, such as the Mediterranean Sea basin, other advisory bodies, such as the Scientific, Technical and Economic Committee for Fisheries (STECF), are consulted.

At international level, the process is similar: data are used by the RFMOs’ scientific bodies to provide the necessary scientific advice.

What is the basis for the fishing opportunities?

The key indicator for the EU’s CFP is the maximum sustainable yield (MSY). MSY translates into delivery of the highest possible long-term catches. At the same time, it contributes to the sustainable conservation of the stocks and allows for maximisation of fish supply from fishing. The fishing opportunities each year are set with a view to ensuring MSY.

As of January 2019, fishermen are not permitted to throw the fish back to the sea once it has been caught. The landing obligation applies to all catches of regulated species, unless an exemption has been agreed in line with the rules in place. Regulated species are those that fall under catch limits or, in the Mediterranean, species which are subject to minimum sizes. Undersized fish cannot be marketed for direct human consumption purposes, whilst prohibited species (e.g. basking shark) cannot be retained on board and must be returned to the sea. The discarding of prohibited species should be recorded in the logbook and forms an important part of the science base for the monitoring of these species. This change (i.e. the requirement to land all fish) has implications for the levels of relevant fishing opportunities, which can be adjusted according to biological advice to take into account that previously discarded fish is now landed.

What has been the impact of the CFP in the different seabasins?

In the Northeast Atlantic area (including the North and Baltic Seas), the move towards sustainability is both widespread and visible. While in the early 2000s most stocks were overfished, overall stocks are now, on average, fished sustainably. This is tangible and important progress towards achieving the objectives of the CFP. Work will continue in the frame of the preparation for the 2022 fishing opportunities and with the implementation of the multiannual plans in these sea basins.

In the Mediterranean and the Black Seas most stocks still require work to be brought to sustainable levels. This is largely due to the multispecies nature of fisheries, the fact that several fish stocks are shared with third countries and the low number of fish stocks assessed yearly by scientific bodies. Further efforts are required, in particular in the context of the General Fisheries Commission for the Mediterranean (GFCM) Strategy, in line with the 2017 MedFish4Ever and the 2018 Sofia Ministerial Declarations. For its part, the Commission will continue to work closely with all the stakeholders for the prompt implementation of the Western Mediterranean Multiannual plan.

What measures does the Commission take regarding the situation in the Mediterranean and the Black Sea?

The EU has been working continuously, including with its international partners, on improving the situation of stocks in the Mediterranean and Black Seas, notably with the implementation of the western Mediterranean (West Med) MAP and the MedFish4Ever and Sofia Declarations.

At EU level, the adoption of the stand-alone 2021 Fishing Opportunities Regulation for these sea basins is an important step towards sustainable fisheries management. It transposes a substantial package of measures adopted in 2018 and 2019 by the General Fisheries Commission for the Mediterranean (GFCM), and continues the West Med MAP implementation. The first 2 years’ implementation of the West Med MAP saw a cumulative 17.5% reduction in fishing effort, and further work to consolidate and develop closure areas securing reduced bycatch of juveniles and spawners, ensure better gear selectivity and collect data on recreational fisheries. The Commission targets further reduction of fishing efforts in line with scientific advice to reach MSY by 1 January 2025 at the latest.

At international level, intensive work under the GFCM, driven by the EU’s consistent position in regional fisheries management organisations (RFMOs) led to the adoption of the MAP for demersal fisheries in the Adriatic, which involved a 12% effort reduction for otter trawlers and a 16% effort reduction for beam trawlers in the first 2 years. Management of Adriatic small pelagic stocks continued with a 15% decrease in catch over 3 years. Fleet capacity limits were introduced for demersal and small pelagic species and fishing capacity for deep-water shrimps was frozen in the Levant and Ionian Sea. Harvest limits were set for red coral and implementation of measures for European eel continued. For Black Sea species, TACs were set for turbot under the GFCM plan and an autonomous quota was set for sprat. The proposal for the Fishing Opportunities Regulation for 2022 will cover GFCM measures extending those already in force and include additional measures adopted at the 44th GFCM annual session. The Adriatic will feature prominently in the 2022 fishing opportunities.

What is the state of play of the implementation of the landing obligation?

The Commission’s audits and the initiatives of the European Fisheries Control Agency (EFCA) indicate that gaps remain in the implementation of the landing obligation. Part of the solution must come from new and innovative control tools. This is taken on-board in the Commission’s proposal for a revised Fisheries Control System – currently in negotiations with the co-legislators.

The European Union has taken actions to facilitate the implementation of the landing obligation. Some examples include the adoption of temporary discard plans and multiannual plans and the introduction of by-catch quotas linked with remedial measures to address certain choke situations. The Commission encourages Member States to use more of the funds available to improve selectivity to reduce unwanted catches.

Sustainable fishing State of Play and Orientations for 2022 – EU Commission 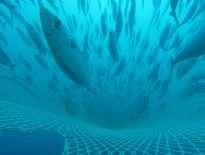 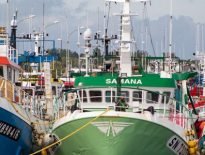