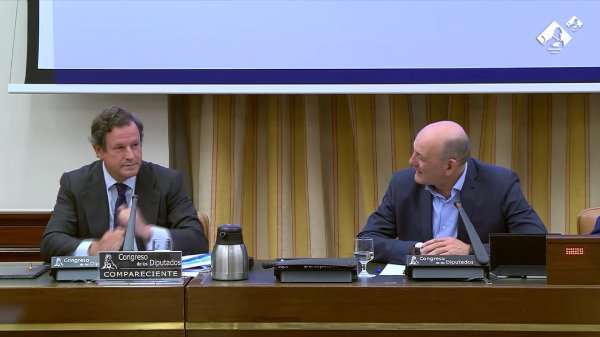 The Spanish Fishing Sector has requested a guarantee of legal certainty for its companies. Photo: Cepesca

The Spanish fishing sector has once again requested a guarantee of legal certainty for its companies before the Committee on Agriculture, Fishing and Food of the Congress of Deputies, in which Javier Garat, general secretary of the Spanish Fishing Confederation (CEPESCA), appeared, in representation of this.

In his speech, which is part of the processing of the Sustainable Fisheries and Fisheries Research Bill, Garat invited politicians to take advantage of the opportunity that this procedure represents to broaden their knowledge of a sector” of which our country can boast of being at the head of the European Union, and of an essential and strategic activity committed to supplying healthy food to the population, even in the most complex scenarios, such as those we have been experiencing for more than two years.”

During his speech, Garat has asked the political groups for a constructive spirit and the maximum effort to agree on the text of the Law, accepting the proposals for amendments put forward by the fishing sector represented by Cepesca.

Javier Garat has also pointed out in the Congress of Deputies that the proposal, in its current version, does not guarantee the legal certainty of fishing companies in our country, since it is not made explicit that the possible new criteria for the distribution of fishing opportunities will not affect those already made in accordance with current law. Garat has drawn attention to the fact that the sector has been governed by a specific division for two decades (Fishing Law of 2001) that has defined the operating structure and investments of fishing companies, mostly family-owned, and that not respecting it would mean a scenario unstable that would undermine the legal certainty to which any business activity is entitled, putting thousands of jobs at risk.

In addition, the solvency of the shipowners would be modified and their access to credit would be difficult. Garat stressed that some of the fishing possibilities have been acquired with his own funds, but also with bank loans and that, in the latter case, the financial system takes as a reference and sometimes as a guarantee, the valuation of the asset, in this case the quotas fishing. Therefore, Garat argued, its modification would negatively condition the following operations and would condition them in the future.

For this reason, the general secretary of Cepesca has requested that it be stated “expressly and clearly” that the distribution of fishing opportunities prior to the entry into force of the bill remain fully valid. “If there is no legal certainty, the system collapses,” added Garat.

Garat has also pointed out that the reserve of 10% of all the fishing possibilities established by the new regulatory text is excessive taking into account that in recent years the Administration has reserved a maximum of between 2% and 3%. The fishing sector once again requested that this percentage not exceed, therefore, 3% , given the dysfunctions that its modification would create.

In that same article of the Draft Law, the possibility of allowing the inclusion of vessels without historicity in a given fishery is foreseen, which, in the opinion of the sector, is not reasonable, since “it could lead to an indiscriminate entry of vessels, creating, once again, legal insecurity for companies,” said the general secretary of Cepesca.

The sector also expressed concern to the Commission about the treatment of the management of unused fishing opportunities, since the current text establishes the possibility of “expropriating” them without compensating companies that do not use them for two consecutive years. According to Garat, “it is necessary to know the real causes that lead to the existence of possible surpluses, and it would be more appropriate to regulate this procedure through a Royal Decree or Ministerial Order. In addition, -he added, “It is unfair that the investments, sometimes very important, made by shipowners to acquire fishing opportunities, can be given to other actors because they are not used at specific times”. “We are the first interested in making the most of the possibilities that the EU grants to Spain, but we need flexibility and policies that favor exchanges and sustainable fishing, but also profitable,” he stressed.

Garat has likewise called the Commission’s attention to the mistake of eliminating the current article 64 from the bill on the adoption of measures to promote joint ventures. According to the fishermen, they are important to create employment and wealth inside and outside of Spain and contribute decisively to the supply of fish and shellfish to the Spanish market and to the food sovereignty of the EU.

On the other hand, Garat has supported before the parliamentarians the relevance given in the Bill to fishing research and “the inclusion of new labor groups in the reduction coefficients, which increases the protection and advancement of the retirement of groups of women such as shellfish gatherers, rederas, neskatillas or packers,” she indicated in her appearance. Likewise, the sector has expressed its agreement on the regulation that introduces the text for recreational fishing, genetic resources and the creation of a fishing advisory forum.

Garat concluded his speech by pointing out that the processing of the Sustainable Fisheries Law project is an opportunity to reach a consensus between the sector, the Government and the different political groups, which, in his opinion, “would ensure that the new Law, in instead of generating conflicts, it was a lasting success over time.” 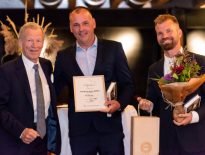 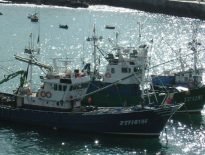