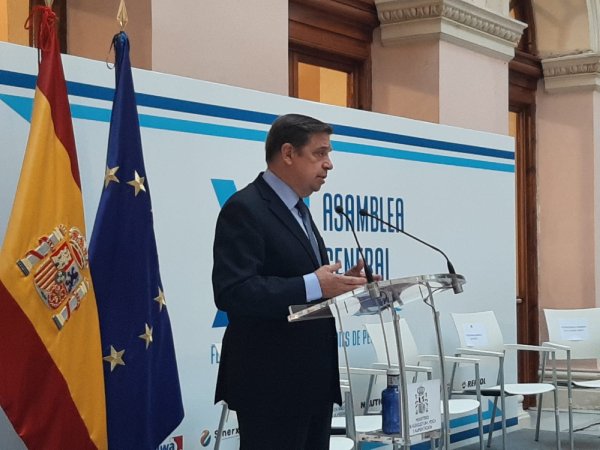 The Minister of Agriculture, Fisheries and Food, Luis Planas, today highlighted the dynamic role played by the fishermen’s associations, which “are one of the great sources of economic and social life in coastal towns”.

Luis Planas has spoken on Friday (21 October) in the ministry at the opening of the XI Assembly of the National Federation of Fishermen’s Guilds (FNCP), entities that, “in addition to creating economic value, transmit values ​​of solidarity, union and joint work, are tremendously important in a society like the current one, subject to so many processes of change”, according to the minister. In this area, he highlighted the initiatives of the FNCP to promote gender equality and congratulated it for having created a specific vice-presidency for women.

The fishermen’s associations have a wide presence throughout the Spanish coast, with more than 220 entities, of which 198 are grouped in the federation, and almost 30,000 members.

The minister stressed that this meeting is being held at a very particular time, of difficulties, but also of good news, such as the authorization agreed last Monday by the European Union of an additional quota of 4,122 tonnes of southern hake for the Spanish fleet, that in this way it will be able to capture 9,021 tons this year, 84% more than what was initially assigned.

Planas explained that in addition to the positive consequences of this decision for the Spanish fishing fleet, the importance of the agreement lies in the fact that the postulates of Spain are taken into account. “We have been discussing for a long time the valuation that was made of our stocks in the decisions on quotas”, which in the initial allocation of this year have come to be half that of 2014. “The Commission has recognized that Spain was right, that the Spanish fishermen and scientists were right, and it is excellent news”, the minister emphasized.

The expansion of the measured southern hake quota will benefit some 1,200 vessels, mainly trawlers, gill-netters, bottom longlines and small gear from the Cantabrian Sea and the Gulf of Cádiz.

Planas has reported that the Ministries of Agriculture, Fisheries and Food and of Foreign Affairs, European Union and Cooperation are finalizing these days the appeal that the Government of Spain is going to present before the

Planas has highlighted the unity of the ministry, the sector and the autonomous communities around the initiatives undertaken to achieve its suspension or review.

The minister reiterated that the Spanish Government, like the sector as a whole, is firmly committed to the conservation of the seas and sustainability, understood in its three pillars: environmental, economic and social. In accordance with the principles established by the Common Fisheries Policy, the management decisions adopted must be proportionate and balanced.

Planas has pointed out that in the case of this regulation this has not been the case, and the European Commission has made a hasty decision, in which “it has not used the most recent scientific data available to it, it has not taken into account the economic consequences and social aspects of the application of this measure, and dialogue has been very deficient”. We believe that we have very good arguments to appeal, ”he assured.

The minister has claimed the strength of the Spanish fishing sector, the first in the European Union, and that it is essential within the agri-food framework to provide food to the population that is the result of the work and effort of farmers, ranchers and fishermen, not They fall from the sky. In the case of fishing, he has pointed out that it is one of the hardest and most dangerous jobs in the world.

He has recognized the difficulties that the sector is currently experiencing as a result mainly of the war in Ukraine and other factors that have caused an increase in production costs and that generate logical concerns for fishermen.

He recalled the powerful package of support measures launched by the Government. Just yesterday, the Official State Gazette published the order of the call for 49.5 million euros to compensate fishing vessel owners and aquaculture companies for the additional production costs they have had to face as consequence of the war in Ukraine. The minister thanked the FNCP for being one of the collaborating entities that has signed an agreement with the ministry for the management and payment of these grants.

This new call is added to the State aid of 18 million euros for shipbuilding companies -already paid-, to the favorable financing lines for companies in the sector launched by the ministry in collaboration with the Official Credit Institute ( ICO) and the Sociedad Anónima Estatal de Caución Agracia (SAECA), to the reduction of 20 cents in the price of a liter of diesel and to the exemption of the rates for fresh fishing in the ports of the State.

The minister has hoped to maintain the good lines of collaboration with the ministry in challenges such as making the most of the European Maritime Fund for Fisheries and Aquaculture (FEMPA), of which Spain is the main beneficiary, advancing in digitization, energy efficiency of the fleet, in the conservation of the marine environment and in improving the traceability of products. He has also encouraged the federation to set up producer organisations, for a better application of the Common Fisheries Policy and the Common Organisation of Markets. 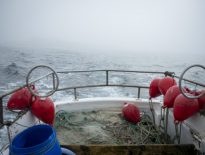 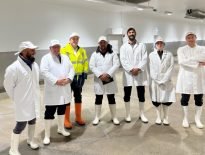