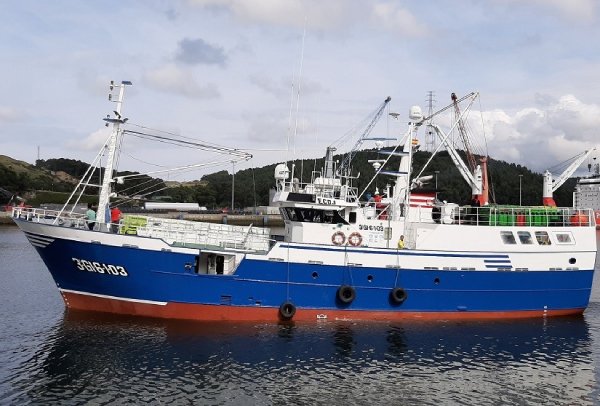 The Government of Spain has filed, before the Court of Justice of the European Union (EU), the appeal for annulment against the Execution Regulation 2022/1614 of the European Commission that prohibits fishing in 87 areas of the Atlantic platform in depths between 400 and 800 meters, considered as vulnerable marine ecosystems.

The Government of Spain has shown its disagreement, at all times, with this regulation that entered into force on October 09, after its publication in the Official Journal of the European Union (DOUE) on September 19.

The Ministry of Agriculture, Fisheries and Food has considered the ban on fishing in the areas established by the regulation as disproportionate and unfair for not having the most current scientific information available, not having an impact report and violating, in this way, the principles of the Common Fisheries Policy (CFP) that establishes the necessary balance, in the decisions that are adopted, between the protection of marine biodiversity and the maintenance of sustainable fishing.

The demand, which due to its technical complexity has required intense and coordinated work between the services of the Ministry of Agriculture, Fisheries and Food, the Spanish Institute of Oceanography and the State Attorney’s Office, highlights the substantive and formal deficiencies in the that the European Commission would have incurred in preparing this implementing act.

Spain sets forth in its application the substantiated reasons why it is considered that this implementing regulation should be annulled, which violates the provisions of Regulation 2016/2336 (“Base Regulation”), as well as the principle of proportionality, which is one of the general principles of Union Law, with the aim that the acts of the community institutions are adapted to the objectives pursued by the regulation and that, therefore, the measures adopted are proportionate to the objectives pursued.

The Government understands that the appealed measure is not consistent with the objectives to be pursued (the necessary protection of fishery resources and sustainable fishing activity) and that they are included both in the basic regulations and in the resolutions approved by the General Assembly of the United Nations and by the international guidelines for the Management of Deep Sea Fisheries in the High Seas of the Food and Agriculture Organization of the United Nations (FAO).

It understands that it does not do so because the established objective is to protect vulnerable marine ecosystems, as well as the areas in which they may exist, from the “considerable”, “important” or “significant” negative effects that they could have. certain bottom fishing gear.

The Government considers that the lack of proportionality is evident in the case of bottom fixed gear, whose significant adverse impact has not been established by the International Council for the Exploration of the Sea (ICES) or by the European Commission, and whose activity has not been taken into account when designing possible action scenarios.

The erroneous design of this regulation causes the paradox that, despite the fact that it was conceived to attend to specific circumstances that concur in bottom trawling, it has been the longline and other fixed bottom gear that have been seriously affected by being deprived of their usual fishing grounds.

Trawling, which operates up to 400 meters deep, is hardly affected by this regulation.

Proportionality must also be ensured with regard to the consideration of the three pillars of the Common Fisheries Policy, environmental sustainability, the generation of economic and social benefits and employment. It is considered that this balance has not been sufficiently taken into account when drafting a regulation that lacks the minimum analysis of the socioeconomic impact on the affected fleet.

In relation to the use of the best available scientific knowledge, ICES acknowledges in its report that it has not taken into account the fishing activity with fixed gears in the design of the scenarios. This fishing activity does not have a significant adverse impact, and ignoring the information supposes a violation of the norms established in the base regulation.

In the same way, the lawsuit filed by Spain also questions the proportionality of the system for determining the zones of vulnerable marine ecosystems, since the polygons identified are not uniform depending on the latitude, generating much larger closed areas in Spanish waters. than at other northern latitudes. Ultimately, this methodology causes the closure of excessively large areas around where vulnerable ecosystems have been detected and which especially affects Spain due to its smaller extension of the continental shelf.

It is also questioned that the best available information has not been used, such as that coming from projects such as INDEMARES and INTEMARES, of knowledge of the marine environment for the management of spaces of the Natura 2000 Network, which are co-financed by the European Union and whose data would have enabled better decision making.

Likewise, the lawsuit questions the fact that the basic regulation can establish an indiscriminate prohibition between the different gears, without this violating the provisions of the Common Fisheries Policy and once again, the principle of proportionality. In the same way, it raises the issue that the choice made by the European Commission on the scenarios included in the ICES report are typical of an implementing act.

In any case, in line with the commitment of the Government of Spain to the sustainability and protection of marine ecosystems, Spain will continue, in parallel to the legal course of the claim, working and collaborating with the European Commission to be able to achieve a solution as soon as possible. possible so that the Spanish and community fishing sector is not affected by this unfair situation. 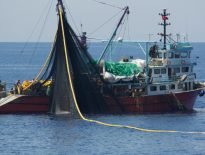 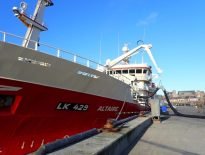