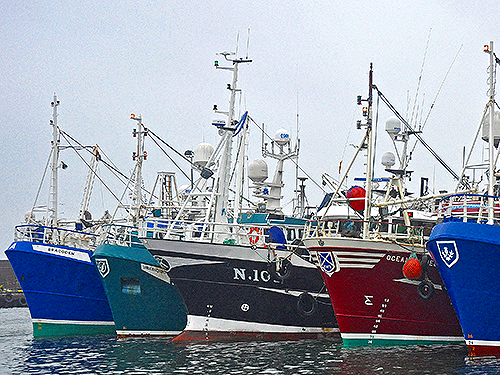 The UK’s departure from the EU and its Common Fisheries Policy allows the UK to become an independent coastal state, and to control access to our fishing waters – just like our neighbours do, in Norway, in Faroe and indeed as the EU itself does. This is the accepted norm under international law.

The SFF’s priority, through a standalone fisheries agreement with the EU, is that the UK, as an independent coastal state under international law, must be able to determine for itself who catches what, where and when in UK waters.

In order to do this, the UK must control access of non-UK vessels to the UK’s Exclusive Economic Zone (EEZ) and be able to negotiate annually on access to fishing opportunities.

This can be achieved through a Fisheries Framework Agreement that sets the high-level framework for annual negotiations on fishing opportunities, with quota shares based on the modern, science based method of zonal attachment – based on where fish actually are, rather than the outdated and unfair method called relative stability that applies in the EU Common Fisheries Policy (CFP), where quota shares are fixed, based on historical fishing patterns of almost half a century ago.

Compare this with Norway, our neighbour across the North Sea with which the EU shares a number of stocks, but where Norwegian vessels account for upwards of 80% of the total catch in Norwegian waters.

This is what the UK industry aspires to; a model whereby the coastal state has priority to harvest the natural resources in its own waters. This is the Sea of Opportunity.

The SFF has welcomed the Government’s position that getting the right deal on fishing is not a matter of expedience but a matter of principle. We also welcome the Government’s repeated promises to redress the historic injustices from the Common Fisheries Policy when the UK becomes an independent coastal state, recognising the great potential to revive our coastal communities.

The EU’s mandate is unrealistic in demanding little change from the current arrangement under the CFP for the clear reason that it benefits the EU fleet and disadvantages ours. We support the Government’s continued firm stance in resisting this, and urge them not make any damaging concessions to the EU’s unrealistic demands as the negotiations move into the final stages, and to and to continue to advance the clear position advocated by SFF.

The EU is also insisting that reaching a free trade agreement with the UK is dependent on reaching agreement on fisheries. This is completely at odds with their fisheries agreements with other independent coastal states.

Both the EU and UK want to reach an agreement on trade – it is in the interests of both parties to do so. But it is completely unacceptable to expect the UK to concede our sovereign natural resources – to the UK’s great detriment and the EU’s great advantage – for something that both parties would benefit from.

What does a good deal on fishing look like?

Leaving the Common Fisheries Policy has always been about redressing the woefully unfair allocation of quota shares, where the EU fleet has an unfettered right of access to the UK’s rich fishing grounds and fish five times more in UK waters than we fish in theirs.

The only satisfactory means of ensuring that this is achieved is for the UK, as a sovereign coastal state, to maintain full control over access to our waters.

This does not mean denying EU vessels access to fish in the UK Exclusive Economic Zone. Rather, that such access would be negotiated annually – as is the norm for the EU and Norway and other non-EU fishing nations.

The right deal on fisheries must be the right deal on its own merits, and provide the opportunity for us to benefit far more from the resources within our own seas, and for these resources to sustain and develop our industry and the communities that depend upon it.

SFF believes the best possible outcome of the negotiations is a fisheries agreement based on the current fisheries arrangement between the EU and Norway. The UK has now reached similar bilateral agreements on fisheries with Norway and the Faroe Islands and has taken its seat in coastal state negotiations, showing that the UK is now a trusted partner on the international stage.

These agreements ensure shared stocks are managed through annual fisheries agreements; total allowable catches are set annually on the basis of science and evidence; access to each other’s waters is negotiated annually, quota shares are based on zonal attachment; and each party has regulatory autonomy in their respective Exclusive Economic Zones.

The annual negotiation model is well established and is the normal vehicle for coastal states to manage shared stocks, flexibly and effectively and based on international law and norms.

SFF firmly believe this type of model will ensure the UK fishing industry can continue to manage our natural fishery resources sustainably, making use of the best available science and evidence in domestic fisheries policies, and help to revive coastal communities and build the industry for future generations.

What happens if there is no deal between the EU and UK?

SFF would prefer the UK and EU to reach an agreement over fisheries which meets the both the government and the industry’s objective of controlling access to fish in the UK Exclusive Economic Zone and much fairer quota shares based on zonal attachment.

However, if an acceptable deal cannot be reached then these issues will be addressed through the annual negotiations process, with no automatic rights of access for either party. Under international law, this will be the default position if a Fisheries Agreement cannot be reached. This is in line with the UK’s Government’s negotiating position, which SFF fully supports.

The EU has a choice. It is for them to decide which of the two routes it wishes to take toward the UK becoming an independent coastal state – through a stable framework agreement that respects UK sovereignty and follows similar arrangements that the EU has with other coastal states like Iceland or Norway, or via a more uncertain route for the EU where everything is done through annual negotiations with no framework agreement in place. 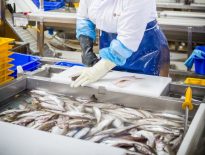 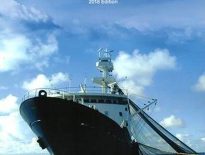