SFF asks Members of Parliament to back the UK Fisheries Bill 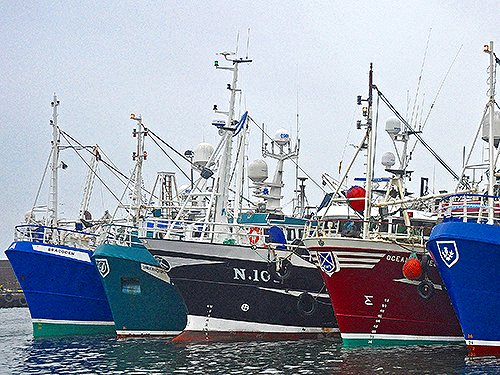 The Scottish Fishermen’s Federation (SFF) has called for the House of Commons to pass the Fisheries Bill.

The UK Fisheries Bill, which will supersede the EU’s Common Fisheries Policy on 01 January 2021, is currently in front of the members of parliament in Westminster.

The Fisheries Bill is part of the UK government’s core legislative program on post-Brexit environmental policy.

Earlier today the SFF tweeted “The Fisheries Bill is a key piece of framework legislation to repatriate powers from the EU as we exit the CFP. It will bring new powers for all administrations across the UK. Its purpose is to allow the industry to realise the #SeaofOpportunity. We urge all MPs to back the bill.”

The majority of the Scottish fishing industry voted to leave the EU and the Common Fisheries Policy, and now they are looking towards Boris Johnson and his chief negotiator, David Frost to deliver an EU free future in the future negotiations between the two blocs.

The leaders in the industry believe that the Fisheries Bill will deliver the change needed that the CFP could never do and are hoping that the subsequent results of Brexit it is British water for British fishing boats.

The UK Fisheries Bill was introduced to the House of Lords on 09 January 2020. The purpose of the Bill is to make provision in relation to fisheries, aquaculture and marine conservation; to make provision about the functions of the Marine Management Organisation; and for connected purposes.

The Bill contains 51 clauses and 10 Schedules. The main clauses are set out in the provision below.

Under the Fisheries Bill, the relevant secretaries of state would be required to order a Joint Fisheries Statement (JFS), required 18 months after the bill receives royal assent and at least every 6 years following that. The JFS would set out a joint framework between Westminster and the devolved power for how they intended to achieve the 8 fisheries objectives. The framework for laying out the JFS is described in clauses 2 – 11.

Clauses 12 – 18 deal with the granting of fishing licences to both British and foreign vessels is one of the most important clauses in the Fisheries Bill and would see fishing vessels no longer enjoy the equal access to waters and resources granted under the CFP . Clause 12 states:

“(1) A foreign fishing boat must not enter British fishery limits [Britain’s EEZ] except— (a) for the purpose of fishing in accordance with a sea fishing licence, or (b) for a purpose recognised by international law or by any international agreement or arrangement to which the United Kingdom is a party.”

Article 5 of the CFP, which gives EU fishing vessels “equal access to waters and resources” in all EU waters, is revoked by paragraph 2 of schedule 10, thereby stopping access from EU vessels according to part b. Clauses 14 – 18 grant powers to relevant ministers to grant fishing licences to foreign vessels.

Clauses 23 – 27 set out the management of “fishing opportunities” – ‘catch and effort quotas’, or the total amount of fish that can be caught (catch) and the total number of days fishable (effort). The CFP was heavily criticised for its allocations of “Total Allowable Catches” (TACs), which regularly exceeded scientific advice.

Both conservationists and the UK fishing industry have backed the call for the better handling of the fishery resource which they believe has been mismanaged under the CFP.

An example of this is North Sea cod stocks: concerted conservation efforts allowed the stocks to recover to “sustainable” levels in 2017, according to the Marine Conservation Society, only to return to endangered status 2 years later, as the result of overly lax TACs.

Clause 23 establishes catch and effort quotas in line with scientific advice over what is sustainable, and 24 – 27 deal with their implementation and sale overseas.

Another area of contention for conservationists and the UK fishing industry was the EU’s handling of the landing obligation where the EU has been deemed particularly weak in regulating the so-called “discard ban”.

Clauses 28 to 32 describe various powers given to the secretary of state to implement a discard ban after leaving the CFP, as well as the requisite powers to charge those who flout it.

SFF asks Members of Parliament to back the UK Fisheries Bill 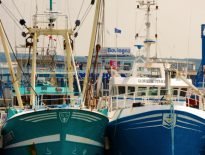 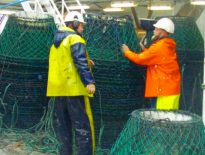