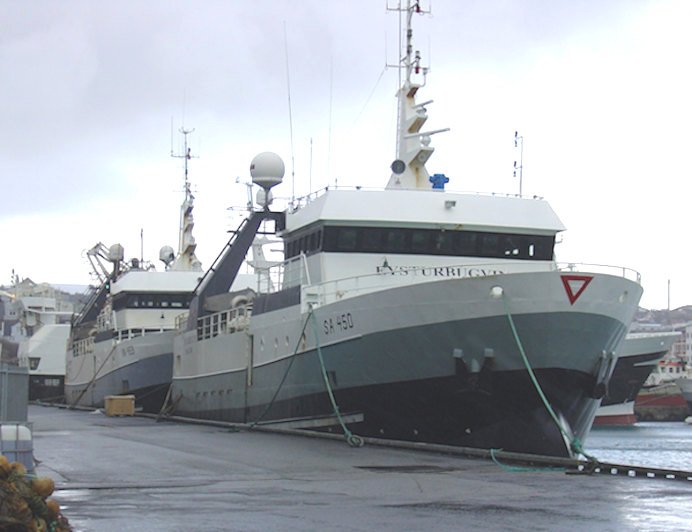 The Faroese fishing vessel Eysturbúgvin sinks off the Western Isles in Scotland this morning. Photo: Trolley

Seven crew members have been rescued after their fishing vessel sank following a collision with another vessel off the Western Isles in Scotland this morning.

The Faroese trawler, Eysturbúgvin, sank after colliding with its sister vessel Vesturbúgvin, and Faroese authorities have confirmed the vessel sank within a few minutes of the collision.

The 36.4-metre Eysturbúgvin had departed from the port of Torshavn on the Faroe islands yesterday, Wednesday 13 April.

The UK coastguard said the boat collided with another fishing boat operating nearby, which then rescued the crew.

Stornoway Coastguard in Lewis was alerted to the incident, which happened about 100 miles (161km) north of the Butt of Lewis, just after 05:00.

The crew, who were reported to be shaken but otherwise unharmed, are being taken to the Faroe Islands.

A coastguard spokeswoman said: “Seven fishing crew were rescued by their sister vessel this morning after the two vessels collided.

“HM Coastguard was alerted by the vessel’s emergency beacon being set off just after 05:00 and had rescue resources including the search and rescue helicopter from Stornoway ready in case they were needed.”

The MAIB said it was not investigating the incident but had made its counterparts in Denmark aware.

Featured News SFPA lodge application with the Commission to exte… 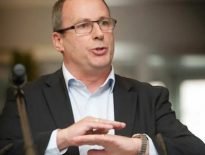