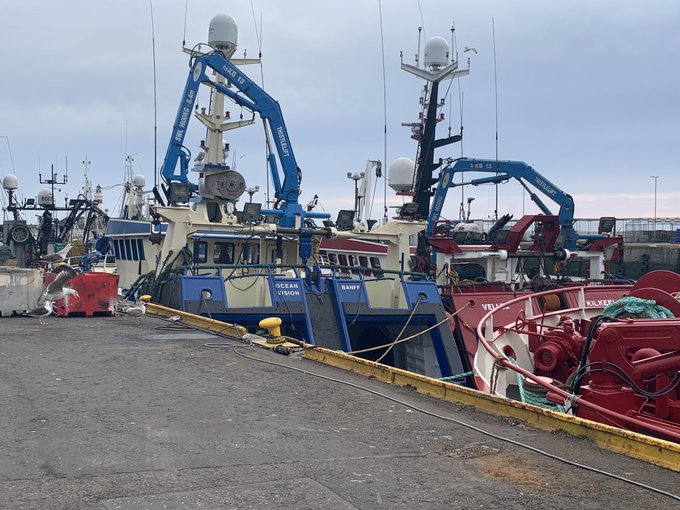 The Scottish white fish fleet has been impacted by the current fuel crisis and will need government supports if they are to carry on in the medium to long term, according to Mike Park OBE, CEO of the Scottish White Fish Association.

As the Russian war in Ukraine continues the price of diesel for fishing vessels has been rising to the point that in France and the Netherlands the government have intervened in order to protect the fishing fleet, a valuable sector for food security.

Scottish boats are still operating says Mike, but complications from rules over cod bycatch is causing problems for the fleet, as too much cod on grounds force the boats to move, therefore causing greater fuel inefficiency.

Towning heavy bottom gear burns a lot of fuel and has an impact on the the returns from a fishing trip. As profits decrease, boats get closer to tying up at the quayside.

“There’s none of our vessels are actually light on fuel and everything is relative to income as well.

“So yeah, everybody has struggled quite significantly with the current cost of fuel,” says Mike.

“Although prices went slightly down for a while it has now it is going back up again, and everybody is feeling it in some way.”

As in every industry reliant on diesel and petrol, the price of fuel has skyrocketed from the usually stable price but a momentary price drop, down to 72 pence litre, wasn’t long lived as it bounced back to 80 pence a litre, and in some cases West of Scotland, diesel prices are above £1.00 a litre.

“When you think back that’s four times more than it was at its cheapest of about 26 pence a litre. That’s a significant eat into the bottom line,” explains Mike.

But more concerns are about keeping crew as wages get eaten away, especially on share boats.

Mike says, “What people tend to forget are the crews’ wages on these boats wages.

“For boats that pay a weekly wage the crews’ income doesn’t fluctuate, but for those home crews, they are there feeling a significant bite into their wages because of the share basis.”

When asked is there anything that the government should be doing, Mike says:

“But that said, food security for the country is a big issue now, and I think this is why fishing and farming should get some special payment to try and soften the blow in these extremely troubled times.”

Other businesses being affected by the cost of fuel are the transport sector, a sector the fishing industry relies on to move their fish either within the UK or to markets on the Continent.

“The boats can get the fish away,” says Mike, “but you know, we are price takers, and we are not price makers. When a fish processor buys the product, he’s going to take into consideration the costs of turning that into a different product or shipping it onto somewhere else, so that then impacts upon the price that’s paid at the market option, which once again means that we’re getting a doubly from both sides, although the price of the great quality fish has been making good money, the price of the smaller fish is still making extremely poor money, especially small haddock. But this is as a result of the lack of staff in the factories and the other I guess is just the the overhead costs as they get more out of processing the bigger fish than they do the smaller fish.”

Asked how long he thinks his members will be able to keep on operating under the current situation, Mike answers:

“It’s difficult to put a timescale on it, but you know from the larger boats that will be dependent perhaps on getting up to the Faroes to fish and it’ll be dependent on how efficient they can be while at sea rather than trying to steam away and move grounds from abundances of cod because all that creates planned inefficiency at that time when you’re striving for efficiency.

“So, there’s a number of factors in there, but they will not be able to sustain it in any medium to long term without a doubt, but short term is going to be a real challenge for them.” 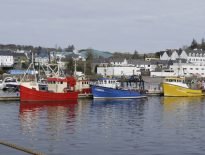 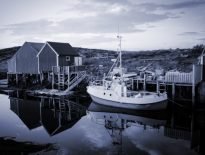